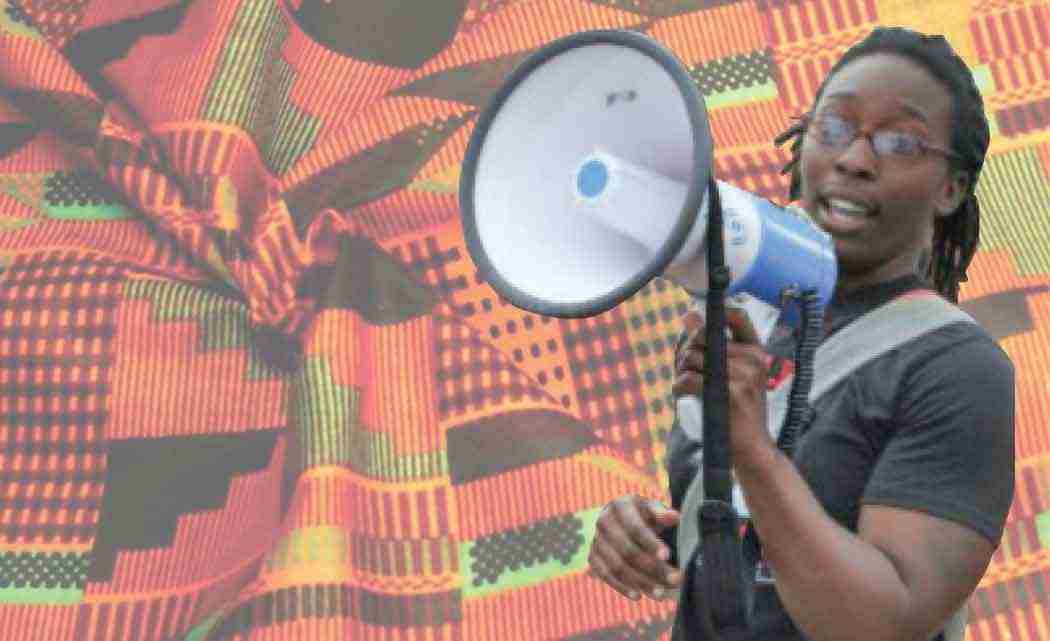 For many people, activism is something that they observe from afar as other, “radical” people carry out its functions of protesting, marching and chanting. But, increasingly, everyday people are accepting that they have a role to play in the efforts to address police brutality, educational reform, mass incarceration and other issues that disproportionately impact minority communities.

It was evident at a community meeting in December when activists from Power U Center for Social Change, the Miami Committee on State Violence and other organizations convened following protesters’ shut down of a portion of the 195 highway during one of Miami’s biggest events, Art Basel.

“We went around the room to ask people how long you’ve been an activist or organizer and we had people who have been involved for 40 years, to people who said that was their first meeting,” said Hashim Benford, director of Power U.

Nationwide protests and efforts by young people to organize around key issues have sparked an interest that many are comparing to the Civil Rights Movement.

His wife, Tiffany Yeomans, an organizer with the Miami Committee on State Violence, added that the anger and rage that many young people are feeling presents an opportunity to channel it into change.

“What does it look like for us to actually transform that into fuel for longtime healing and longtime restructuring of our identity as individuals and our identity as whole communities that can be sustainable and live with integrity and dignity again and feel safe,” she said.

Whitney Maxey, 28, an independent activist and organizer with the Miami Committee on State Violence said that because people are beginning to connect the dots between injustices carried out from different institutions, they are motivated to seek reform.

“People [are] being able to link the control that the police state has over communities of color, linking that to what that means in terms of the economics in those communities and how that impacts how society sees us and how society treats us,” she explained. “And then being able to link that to what’s happening around schools with the school to prison pipeline and connecting it to all of these bigger issues that people aren’t normally connecting in their minds has resulted in a very intentional coming together.”

Many believe that one of the factors instrumental in the Civil Rights Movement’s ability to achieve its goals was the involvement of everyday people. Most agree that the bus boycott that hit Alabama in the pocketbook was successful because everyday people carpooled, walked together and galvanized around the avoidance of riding the bus in order to gain the same rights as white riders. The idea that today’s movement could be a similar beginning is something that Benford said he’s considered.

“As I was sitting in the meeting, I had this feeling of like, is this what it felt like to be in Montgomery in 1955? Like right at the beginning of what would turn into a 20 year movement that would transform the society as we know it.  It’s only been a few months since the uprising in Ferguson that started all of this, so time will tell, but it feels like it has the potential to be that kind of moment,” he said.

Maxey said that as people awaken to their unique purposes, many gravitate towards working to eradicate racial and social injustices.

“In this moment, you definitely have more and more people stepping into their consciousness around what is the bigger impact of non-indictments of single officers,” Maxey added.

Benford said that it boils down to legacy and how people view it.

Yeomans agreed. “The energy of the momentum, young people are not willing to take it anymore. Not willing to have this continue to be the legacy that they want to live in and to pass on for their own generations to come,” she said.

Benford said that everyday people will make the difference.

“People see activism as this sort of weird thing that radical people do, but what makes change happen is when activism and organizing become an everyday activity of everyday people,” Benford said. “That’s when we see seismic shifts.”