Making meditation a part of the movement 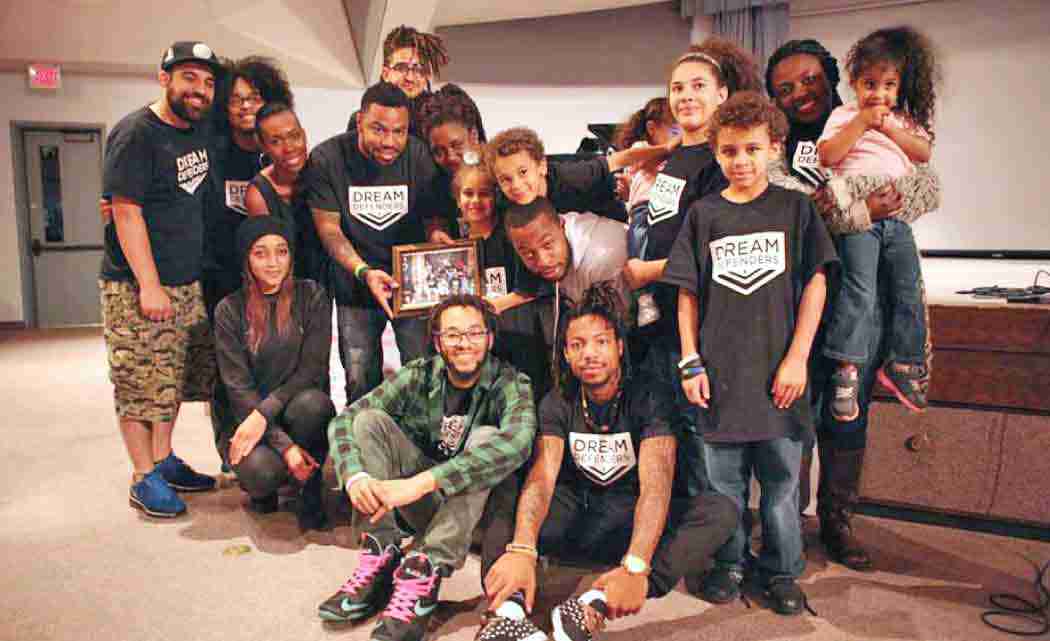 Taking a minute to pause is a good idea regardless of your line of work. Taking a minute to pause, alone, in the silence, otherwise known as meditating, takes on increased importance when your work involves preventing the deaths of blacks at the hands of the police, dismantling the “school to prison pipeline” and bringing attention to other injustices that may have been gone unnoticed if not for social media and cell phone cameras.

After years of poo-pooing the practice, the medical community has finally accepted meditation as a part of a person’s overall wellness regime. The practice also has street cred within the new civil rights movement; viewed as a vital component of self-care for people involved in what can be relentless, fatiguing, emotionally draining work that frequently produces no immediate returns.

At its December conference in Fruitland, Florida, Dream Defenders incorporated meditation into the three days of organizing, teaching and planning for the nearly 200 individuals that attended.

Phillip Agnew, executive director of Dream Defenders said that affording activists healing space and time “where they weren’t thinking about the work and everything that is going on in the world and [give them the chance] to center themselves,” was a critical aspect of the conference and is essential to the work that Dream Defenders and others are doing.

Charles Taylor is the interim senior minister at Universal Truth Center, a nondenominational New Thought spiritual center in Miami Gardens. Taylor, who has been meditating for over 30 years, says that incorporating meditation into the new civil rights movement is vital, for a number of reasons.

“We’re facing what some are calling a crisis, and in every crisis there’s a message that is meant to be heard. Crisis is really nature’s way of forcing change, hopefully for the good. Breaking down old structures, shaking loose negative habits so that something new and better and transformative can take their place,” he explained.

Agnew said that extending meditation beyond activists and helping people in the communities to recognize the practice as essential to their well-being is a priority, since many people, “especially black people…don’t provide that space for themselves.”

He said that the practice is so important that regardless of how busy they are, people should make time for it.

“We don’t have time. We’re running, trying to make ends meet. Tired at the end of the day, in the morning we have rushed out,” he said. “We’re trying to infuse into our culture that folk take time to reflect, to think critically, and to think deeply and to listen to themselves at some point during the day, hopefully at the start of the day.”

Taylor concurs, adding that “meditation helps one to really step back and take care of themselves, mentally, emotionally, so that they can come from a clean space and show up in a healthy way.”

Meditation equips those who are working to transform society with what Taylor calls “mindful awareness” that helps them to remain grounded in spirit, “so that they come from a space of love and not fear when they are engaging in…protesting or demonstrating.”

According to The Art of Living, a wellness website, meditation has two primary benefits for people: to prevent stress from getting into the system and to release accumulated stress that is already there; benefits that can help people to deal with trauma that Agnew said is often minimized in communities of color.

Taylor said that the practice has an even deeper purpose.

“Meditation helps us to stay connected to that which is changeless, which is spirit, God, the universe. And it helps to purify our motive. We have got to be very clear on our motive when we are engaged in any type of transformative work,” said Taylor. “It helps us to explore on a deeper and deeper level why. Why am I doing this? Why am I showing up? Why am I engaging in protests? Am I coming from a space where I hope to bring about transformation for the greater good of everyone concerned, even those against whom I may be protesting?”

He said that empathizing with others who may not share their point of view is important for activists; and it’s a perspective that Agnew embraces.

“We want to bring about a world that works for everyone. Even though we may view ourselves as being oppressed, we don’t want, in turn, to become the oppressor in this new transformative world we are attempting to bring about,” Taylor explained.

Nevertheless, Agnew urges all people to choose a side.

“This is a moment where we can’t afford to be silent. Silence is betrayal. People have to decide which side they’re on and we hope that people will be on the side of the people and community and on the side of love and equality and justice,” Agnew shared.