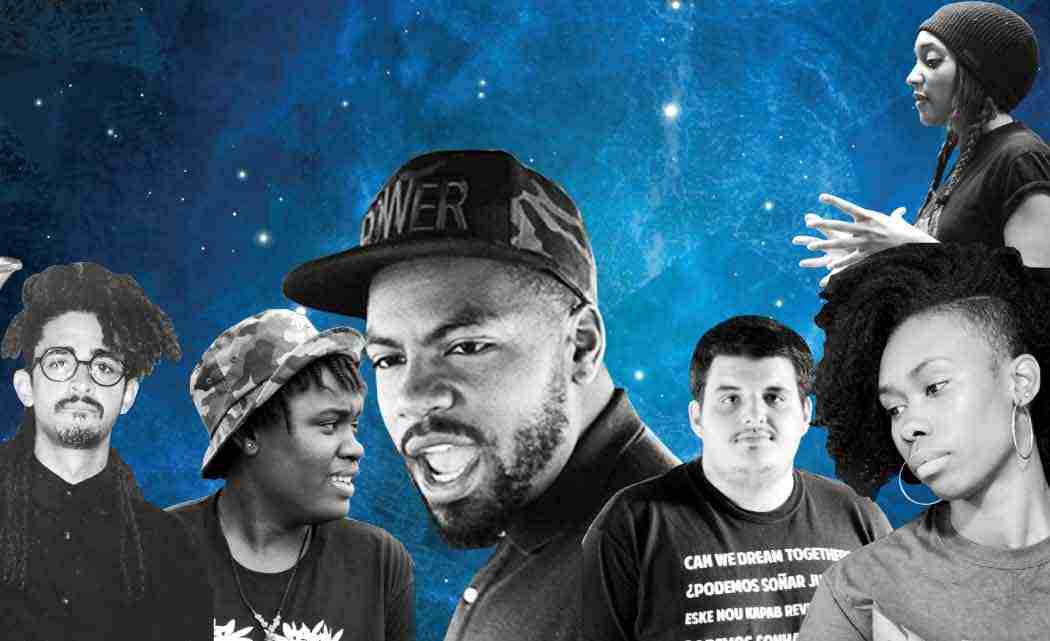 They’re young. They’re fearless. They’re optimistic college graduates who are a part of what many are calling this generation’s civil rights movement. The 2006 death of 14-year old Martin Lee Anderson at a North Florida boot camp got their attention; however, the 2012 death of Trayvon Martin at the hands of George Zimmerman shook them to their core.

“When Trayvon Martin was killed, it really hit home. I come from a working class family, living in the suburbs, and so the thought of being killed by a neighbor because of the way that you look really scared me,” said Ciara Taylor, Political Director for Dream Defenders.

When forty days elapsed without Zimmerman’s arrest, Taylor, 25, was among over 100 young adults who convened on a conference call to talk strategy. They decided to take a page from the Civil Rights Movement by marching for three days from Daytona to Sanford, Florida, the city Trayvon, who was from Miami Gardens, was visiting when he was killed.

“When we got to Sanford, six of my comrades locked arms and blocked the doors of the Sanford police station in an act of civil disobedience saying, “if you’re not going to arrest George Zimmerman, arrest us,”’ said Curtis Hierro, Dream Defenders’ field organizer. Hierro, 27, explained that the group’s civil disobedience created a dilemma for the police department, which did not appear interested in the negative publicity that arresting the young adults might garner.

“We found that within two days, Zimmerman would be arrested, and by the end of the week the Sanford police chief would step down for a leave, which was one of our demands.”

“I went to the first Dream Defenders congress and [they were] talking about mass incarceration and the system and how we went from slavery to Jim Crow and how, as much as things have changed, they have stayed the same,” said Jonel Edwards, Dream Defenders’ North Florida Regional Organizer.

“Last year, I went to a conference and Angela Davis was speaking… about the school to prison pipeline,” said Edwards, 24, who added that school is no longer a place for children to be nurtured and encouraged, “but now it’s a place that tells you that you’re less than and you’re a criminal.”

In order to galvanize the community around issues like dismantling the school to prison pipeline, Taylor said that people in those communities must first believe that they deserve equality.

Along with deep compassion for the communities that they serve, Dream Defenders voice a willingness to not only to step outside of the box, but are also exploring the creation of new containers.

“Since I’ve been in Dream Defenders, the way that I look at change and reform has shifted. A lot of time we try to go through avenues that already exist. What does it look like to say that your system isn’t working, so I’m going to create a different one,” said Edwards.

Each Dream Defender has a unique reason for joining the movement. What is consistent throughout the group is a very high level of optimism that their work will achieve its desired outcomes.

“I’m very optimistic. A few of our Dream Defenders…are relentless and they will not stop until we win or they have no breath left,” said Sherika Shaw, 26, Dream Defenders’ South Florida Regional Organizer.

Rounding out the group are Steven Pargett, communications director and Phillip Agnew, the group’s executive director.

Pargett said that reforming the system will require changing policy and legislation, but so much more.

“The way that we’re going to solve all of these problems is if we all truly find ourselves and what we’re supposed to be doing; and through the process of us doing that on an individual level, we will rebuild our communities.” Pargett pointed out that although there has been a groundswell nationally, “the revolution is local.”