Power U youth and staff reflect on Black History 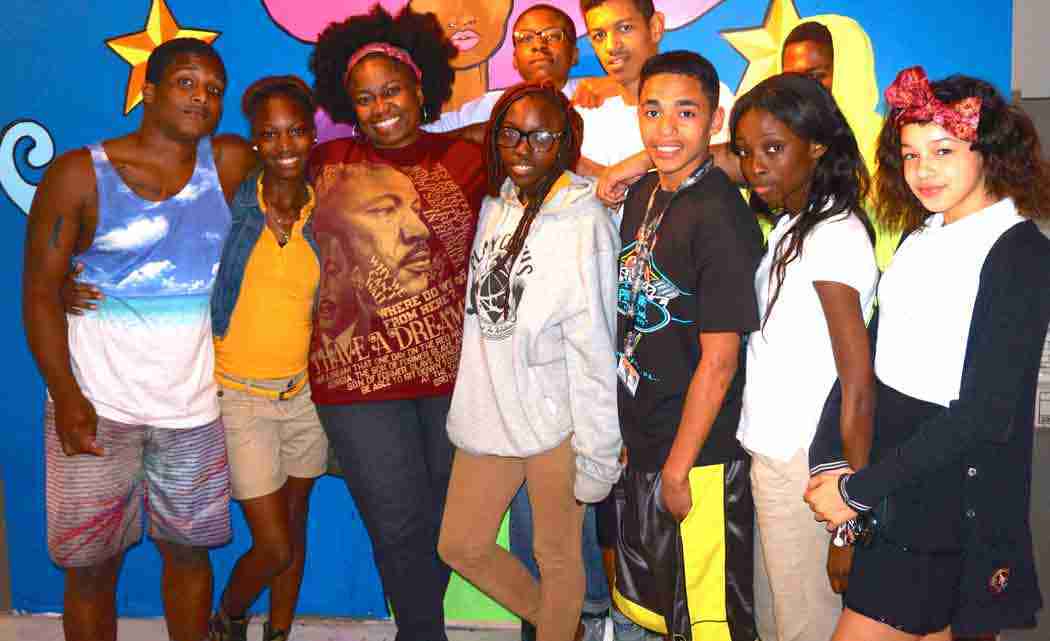 What started out as a week-long celebration was eventually expanded to a month, a time period that many feel is too short to honor a people whose contributions to this country are so vast. The month of February was chosen for the observance of Negro History Week because it includes the birthdates of President Abraham Lincoln and Frederick Douglass, Feb. 12 and 14, respectively.

Created by historian Carter G. Woodson and the Association for the Study of Negro Life and History in 1926, the week eventually morphed into a month after leaders of the Black United Students at Kent State University proposed the expansion in February 1969.

One year later, the first month long celebration took place at Kent State and in 1976 as part of the United States Bicentennial, the informal expansion of Negro History Week to Black History Month was officially recognized by the U.S. government.

The celebration has its critics; however, the criticism of Black History Month is not centered on the celebration of blacks. Critics oppose limiting the celebration to any time period because black history is American history that should be seamlessly included in the teaching of history in all American classrooms.

The staff and youth of Power U Center for Social Change share that sentiment because they embrace black history 365/24/7, studying the struggles, strategy and creativity that their ancestors used to achieve despite seemingly insurmountable odds.

The youth and Power U staff share their favorite black history heroes.

Keisha Campbell, 15: Angela Davis: “She’s just like me, we’re courageous. If somebody tells us no and we feel like it’s right – we’ll still do it. “

Keno Walker, 20: Malcolm X and Huey Newton: “It was Martin Luther King in the beginning. He was pushing for the non-violent movement, but a lot of people were not paying attention until a couple of so called radical black people started stepping up and pushing back, saying ‘by any means necessary,’ using lethal force because that was used against us, so it was either choosing non-violence or choosing civil disobedience.”

Sharkera Carr, 17: Madam C.J. Walker: “She’s a woman who was an entrepreneur who started her own business. She inspires me to want to be an entrepreneur. She showed that black people can do other things that other races can do.”

Justin Granados, 15: Harriett Tubman: “Because not only did she escape slavery herself, she went back over and over to help others to escape to freedom.”

Thomas Bryant, 14: Martin Luther King, Jr.: “His ‘I Have a Dream Speech’ made it so that all of us black and white people can be together. I have many white friends, he integrated all of us, our schools, restaurants, bathrooms.”

Ruth Jeannoel, 28, Lead Organizer for Power U: Ida B. Wells: “Who was a black woman, mother, partner, wife…who would go into places where no one else would go and talk to people that nobody else would talk to and this was our community, these were our people. Sometimes when I’m in struggle and trying to figure out how do I do this kind of work and be a mother and be a wife, and be able to organize and look at what is my role in this movement. [I look] at how black women were able to hold down their families and the movement; their resilience gives me the strength that I need to get through.”

Hashim Benford, 29, Director for Power U: Alice Walker: “Is the person who impacted me at an early age in a transformative way. I remember reading ‘The Color Purple’ in 6th or 7th grade. That book really introduced me to the everyday life of struggle and resiliency that is prevalent in the experience of being black in this country, particularly for women. It introduced me to intersectionality – intersection between racism and sexism and classism, I had a basis for that from reading that story at a young age.”