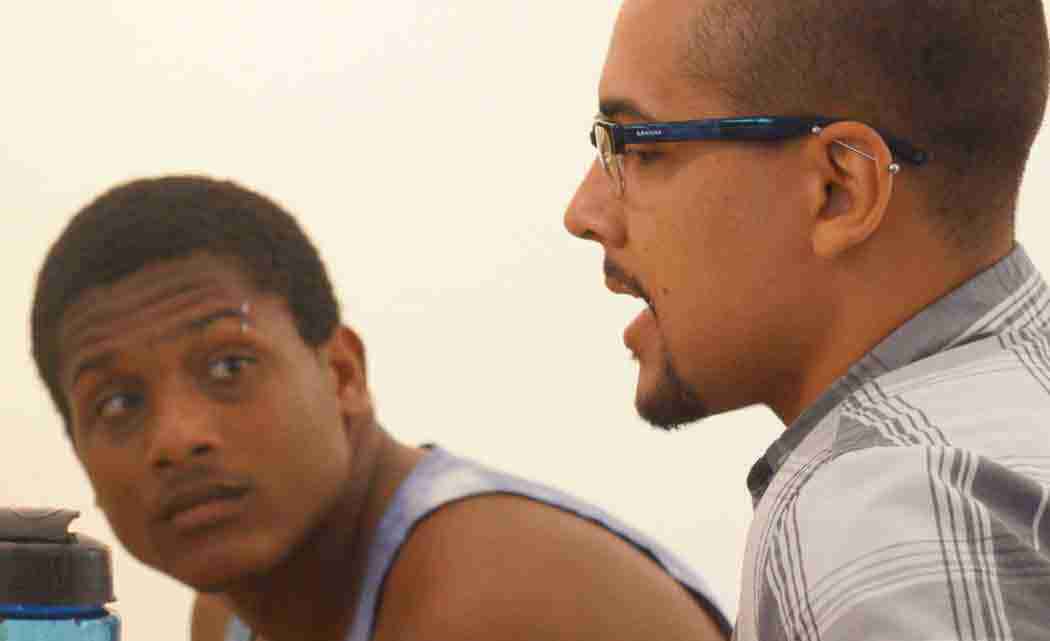 Martin Luther King, Jr.’s peaceful approach to pursuing equality for blacks would not have succeeded without Huey Newton and Malcom X. So said Keno Walker, 20, a youth organizer with Power U Center for Social Change.

Walker joined several of his youth colleagues at the Power U office for a group discussion with the South Florida Times about “keeping Black History alive” year round. During the chat, youth were asked to explain whether year round access to black history mattered and to identify historical black people who inspire them. Walker chose Malcolm X and Newton, and explained that his admiration centered on their role in compelling the American people to embrace King’s peaceful approach.

He theorized that when people were faced with a choice between the retaliatory “by any means necessary” philosophy that Malcolm X at one point espoused, or the non-violent marches and sit-ins organized by King, “people got on board with King and pushed for the movement of nonviolence and being peaceful.”

He also presented a balanced perspective on the Black Panthers, acknowledging that “there was some bad stuff,” about the organization labeled radical by many, however, “It was The Black Panthers who started free lunch programs. They did a lot of good for us,” he said.

The analysis of Malcolm X and Newton’s impact on the success of the peaceful Civil Rights Movement is indicative of the empowered, critical thinking process that Power U encourages its youth leaders to use when learning about black history.

“I think it’s really important for anybody who cares about social justice to understand black history because our history in this country really tells the story of America in so many ways. So often when we learn about our own history, we’re either just victims, just slaves, or lynched or on the other side of Jim Crow. Or we’re invisible completely, we’re just not there,” said Hashim Benford, director of Power U, a community-owned grassroots organization that addresses urban issues in low-income inner-city neighborhoods.

The traditional approach to teaching Black History involves youth learning about prominent historical figures, “extraordinary individuals, or inventors or people who got rich,” Benford explained. “But the day to day resiliency and the rich history that is there for us, that is our history.”

Power U uses black history to empower its youth  organizers.

“Our ability to be resilient in the face of atrocities like slavery and Jim Crow and lynching and to build and develop the rich culture and the strength that we have to then be able to wage movements to transform the society. That’s so important because that tells us a lot about who we are today,” Benford said. “Honoring that legacy is really about honoring ourselves.”

He gets serious when asked to identify a historical figure that inspires him.

“Harriett Tubman because she was born a slave and she fought her way out. She escaped, and on top of that went back to grab more. She didn’t say ‘I got out and I’m done,” Granados shared passionately. “She went back, she said ‘let me go back and get a couple more.’ And after getting those, she went back and got more. She’s a fighter and I’m a fighter too, that’s why she’s inspired me to keep on.”