“I don’t mean this as cliché, because it truly has become a catch phrase, but ‘SHE’ truly is everything,” said the music artist whose current single by that title just hit No. 3 on Billboard’s Adult R&B chart.

While “SHE” is contending with Chris Brown’s “No Guidance” and Snoh Aalegra’s “I Want You Around,” South Florida is welcoming Stokley back to the Jazz in the Gardens music festival.

This year there’s also, the Shop Til You Drop In The Merchandise Village, a variety of exotic cuisine in the Food Court, as well as:

The 4th Annual Poetry In The Gardens, Thursday, March 12, 8-12 p.m., Hardrock Stadium. The national poetry contest explores the best in spoken word. Poets age 18 and over are encouraged to enter for a chance to win up to $10,000. For details visit jazzinthegardens.com/poetry.

The 9th Annual Women’s Impact Luncheon, Friday March 13, 9 a.m.-1 p.m. at Hardrock Stadium. The future is female! Back by popular demand and in honor of the Women’s History Month, designed to inspire women to live centered, active, fulfilled, balanced lives.

For one champion of women, however, his JITG appearance during Women’s History Month is particularly timely.

“I will always have tributes throughout my projects, to women, and lifting them up, in ways that they haven’t been, and in ways that they can see themselves in a positive light,” said Stokely, former lead singer for the legendary Minneapolis band Mint Condition.

“There’s enough other stuff around that you can find that is not as pleasing, is not as complimentary, that’s more derogatory, more misogynistic, on and on,” Stokely said. “Not just in music but in media, all these little ways that women are not appreciated, just continually trampled on. So I try to bring a little balance in my little corner of the world.”

Evidence is his “Level” video, and the groundbreaking graphics in his partially animated “Organic” video, both directed by a woman known as Slash.

“I’m a champion of them doing their work, showing their best self,” Stokely said. “So definitely in the spirit of Prince, who loved to empower women, employ women, I’m doing the same with my band. I’ve got some estrogen up in there as well. Gotta have that.”

Stokley is releasing his sophomore solo album, Sankofa, this Spring. “Sanofa is going be an amazing powerful project,” he said. “A lot of energy. Some great songs. Some great concepts. A lot of good musicians. It’s gonna be funky. As Prince said, ‘Bring your foot spray!’” As for what fans can expect at JITG, “It’s always a conversation between us onstage and the audience,” Stokely said. “There’s no separation. It like a big family in a big living room outside.”

Next post Right to Vote focus of Spoken Soul Festival 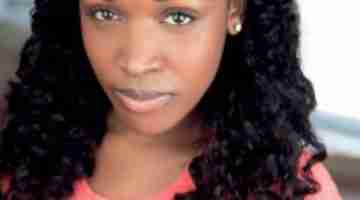