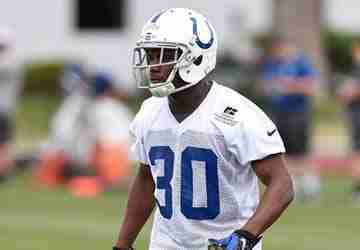 Terms were not immediately available Friday, though most rookies taken outside the first round sign three-year deals.

The announcement means all eight of Indy’s draft picks will be signed when players report to training next Saturday.

Smith, a 5-foot-11, 193-pound cornerback was selected 65th overall and is expected to vie for playing time behind three established veterans _ Pro Bowler Vontae Davis, Greg Toler and Darius Butler. He finished his career at Florida Atlantic with 120 tackles and nine interceptions, two of which were returned for touchdowns.