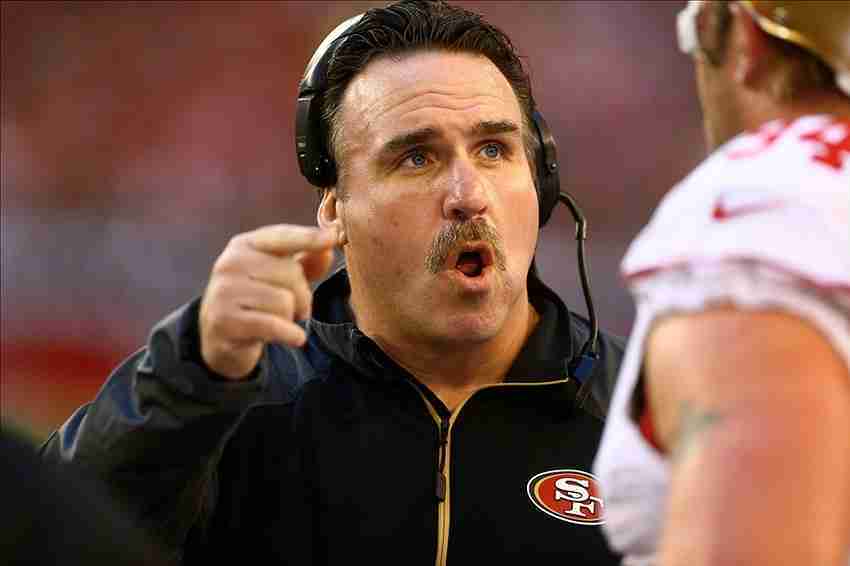 SANTA CLARA, Calif. (AP) _ New 49ers coach Jim Tomsula wants nothing to do with social media. Still, he will hold a meeting to give guidance about how to be responsible when taking thoughts to Twitter, Instagram or other sites.

“I don’t like it at all. I don’t know anything about it. I don’t do it, I don’t use it, I really don’t want everybody to know where I’m at all the time or what I’m eating,” Tomsula said Tuesday. “I don’t get it, personally. It just so happens every time I do hear about it, it’s not in a good way. That’s where I’m at. The guys know that. They laugh, they make fun that I’m in the Dark Ages. If that’s going to be a part, and it is a part of society, we’ve got to figure out how to manage it.”

On May 26, quarterback Colin Kaepernick apologized for posts that referenced flood-ravaged Houston, where San Francisco opens the preseason Aug. 15. Kaepernick had posted a photo of submerged cars on Twitter and Instagram and this message: `’I warned you the (hash)7torms Coming !!! (hash)Houston.” Kaepernick’s jersey number is 7.

Kaepernick later put up a follow-up post reading, `’No disrespect intended! Prayers up!” before issuing a statement.

“That was a mistake. He didn’t have all the facts, wasn’t sure where it was, saw a picture and apologized,” Tomsula said. “Our big deal is own it, fix it.”

While Tomsula didn’t say his planned meeting stemmed directly from Kaepernick’s post or any other case associated with the 49ers, he wants players to think about their words and use good judgment going forward.

“The message will be just, `Here it is, this is what it is,’ and how do you use this and how do you live with this in our world,”’ he said. “I could say something to you right now and the next sentence say I didn’t mean that. To me that’s what you can’t do on the social media. If you misspeak, God knows as much as I misspeak I’d be a disaster on that stuff.”

Players said they appreciated Tomsula taking the time to address the topic.

“In a setting like this, most guys think through what they say and this is a formal interview,” Dawson said. “When you’re sitting at home and there’s no cameras in your face, yet you can fire something out there, it’s kind of a different deal. Guys need to understand that anything you put out there represents you and your team and your family. I think Coach Tomsula does a good job making sure that’s on the front of our minds.”

On Tuesday, Kaepernick brought up the example of 14-year-old Anthony Pineda, who is in remission from cancer and served as an honorary captain for the day through the Make-A-Wish Foundation.

“He does a lot of meetings just talking about life, about real situations,” Kaepernick said of Tomsula’s approach. “For example like the Make-A-Wish kid today, someone who’s been fighting for his life. We get to come out here and play football. We say it’s hard work but we’re blessed to be able to do what we do and touch a lot of different people.”

NOTES: The 49ers began a mandatory three-day minicamp with perfect attendance, including Boone, wide receiver Anquan Boldin and Dawson. All three missed voluntary organized team activities in recent weeks. … DE Darnell Dockett, who missed last season with Arizona after tearing his right anterior cruciate ligament in the preseason and having surgery, said he will be ready for the Monday night season opener at home against Minnesota. … The team is practicing in Levi’s Stadium this week.