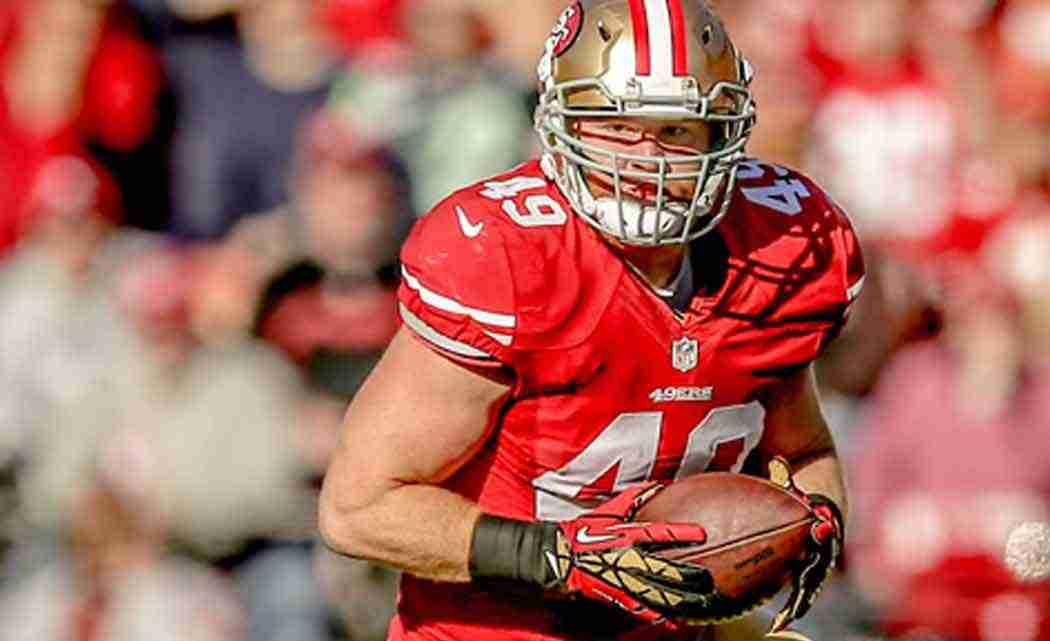 SAN FRANCISCO (AP) _ San Francisco 49ers fullback Bruce Miller pleaded no contest Tuesday to a misdemeanor disturbing the peace charge stemming from an argument with his former fiancee that led to his arrest March 5.

Santa Clara County prosecutors said that Miller smashed the woman’s cellphone. He must attend a 16-week domestic violence counseling course as part of his sentence.

The fifth-year pro is expected to rejoin the team for the Niners’ remaining optional organized team activities this week and then participate in next week’s mandatory minicamp, his agent, Jack Reale, said in a phone interview.

“He’s happy to have this ugly episode behind him and has been very appreciative of the support he has received from the 49ers organization who know him very well, know the way he was raised and know he would not be a party to this kind of activity,” Reale told The Associated Press. “He’s looking forward to getting back on the field and making the best possible contribution to the team.”

The district attorney’s office said Miller and the woman were arguing in a parking garage at the Rivermark Hyatt House in Santa Clara. The woman originally told police Miller pushed her out of the vehicle before he grabbed her cellphone from her and smashed it. In an interview later, the former fiancee _ who refused medical attention and didn’t sustain visible injuries _ said there had not been any physical contact.

“It’s extremely unfortunate that this entire matter was originally reported and charged as a case of domestic abuse when the ultimate results of the investigation revealed nothing of the kind occurred and there was never any physical contact or altercation,” Reale said. “We’re happy that there just happened to be objective, uninvolved third parties that could give an accurate description of events to the authorities rather than what was first reported. It’s unfortunate Bruce’s reputation had to suffer because of it.”

Miller, 27, has been away from the 49ers during the offseason workout program at team headquarters in Santa Clara. He received a three-year contract extension last year.

A key run blocker for departed franchise rushing leader Frank Gore, Miller had 18 catches for 189 yards and two touchdowns last season for the 49ers, who went 8-8 and missed the playoffs for the first time in four years.

He has been working out in the Santa Clara area for several months, Reale said.

“He’s anxious to get back out there as quick as he can. He’s in great shape,” the agent said. “I don’t think he has missed a step in his conditioning and that will be apparent when he steps on the field.”

Miller has earned praise for his work converting from college defensive end at Central Florida to NFL fullback.

49ers general manager Trent Baalke said in a statement that Miller has vowed to move forward in a positive way from this situation.

“The 49ers organization is aware of today’s proceedings involving Bruce Miller,” Baalke said. “Bruce knows what we expect of him as a member of this team and he has committed to taking the necessary steps to grow from this experience.”