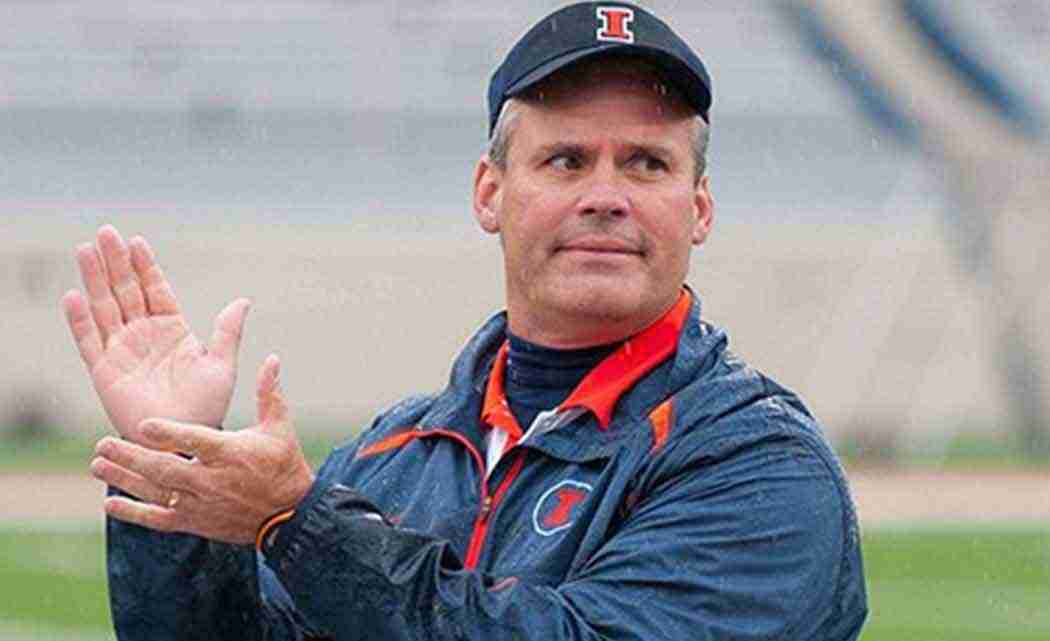 URBANA, Ill. (AP) _ This is a week in which Tim Beckman would otherwise be preparing to watch some of his players graduate.

Instead, the Illinois coach who is already on a hot seat as his team struggles in the Big Ten finds himself and his staff accused by a former player of mishandling injuries. The allegations prompted the school to announce an independent investigation at a time Beckman would surely rather be discussing a recruiting class that is his best since coming to Illinois in 2011.

“It’s certainly disheartening,” athletic director Mike Thomas said. “We’d rather be talking about baseball and men’s tennis and men’s golf and those type of things.”

On Twitter and in interviews, former player Simon Cvijanovic said Beckman and the Illini football staff pressured him to play through serious injuries. The 33-game starter for the Illini accused the school of not informing him of the extent of a knee surgery and of employing a trainer, Toby Harkins, who didn’t have a state license.

Cvijanovic left the team late in the 2014 season and temporarily withdrew from school. He plans to graduate this week and said he is considering legal action against Beckman, who has declined interview requests and released only two brief statements since Cvijanovic started tweeting on Sunday.

Chancellor Phyllis Wise did not respond to a request for an interview Wednesday. Spokeswoman Robin Kaler said the chancellor, who is the top administrator at the flagship Illinois campus in Urbana-Champaign, was preparing for this weekend’s graduation ceremonies.

A law firm, Franczek Radelet of Chicago, will conduct what Thomas called a “swift and thorough” investigation. Kaler said its findings will be released “in a manner that balances student privacy concerns, legal responsibilities, the need to respect the integrity of the process and an obligation to be transparent.”

After Thomas indicated support for Beckman, the National College Players Association called on the university to do more to guarantee player protections and it criticized Thomas.

“He’s already concluded that coach Beckman has acted in the best interests of Simon,” said Ramogi Huma, executive director of the NCPA.

Beckman’s three-plus years at Illinois haven’t always been smooth. His teams compiled a 6-18 record before finishing 6-7 last season and playing in the Zaxby’s Heart of Dallas Bowl. He has been criticized for trying to recruit Penn State players amid the Jerry Sandusky scandal, being caught on camera using smokeless tobacco on the sideline and, as he announced his best-ever class a few weeks ago, publicly challenging reporters for not supporting his program with more positive stories.

But none of those instances were as potentially serious as the claims by Cvijanovic, who also claimed “I’m not the only horror story of abuse and misuse of power by (at)coachbeckman.”

Another former player, defensive back Nick North, followed with accusations that he’d been pressured after an injury to give up his scholarship. He was on the Illinois roster from 2011-13 after being recruited by Beckman’s predecessor, Ron Zook.

“He got an … injury to his knee and they were trying to tell him that it was career ending,” North’s father, Willis North, said Wednesday. His son was pressured to leave the team, but he stayed put and graduated in 2014, his father said.

Another player defended Beckman. Lineman Ted Karras on Twitter this week noted that Cvijanovic was allowed to keep his scholarship after leaving the team.

As for the trainer, state records indicate that Harkins lacked state certification while working for the university between January and August. According to Illinois Department of Financial and Professional Regulation records, he wasn’t licensed in Illinois until September 2013. The department says trainers have up to six months to get their state licenses; records indicate Harkins wasn’t disciplined.

While at Illinois in 2013, Beckman was sued by a player he recruited to Toledo, Kyle Cameron. The lawsuit, which was dismissed last year by a judge who said it wasn’t filed in the proper court division, accused Beckman and other Toledo staff members of violating a state hazing law. Court records indicate his attorney has asked the Ohio Supreme Court to review that decision.

Cameron claimed he was permanently injured as a freshman during a drill run by older players that he considered a form of hazing. Beckman was not present at the time. Cameron could not be located for comment.