Another day, another round in the 80s for Tiger Woods 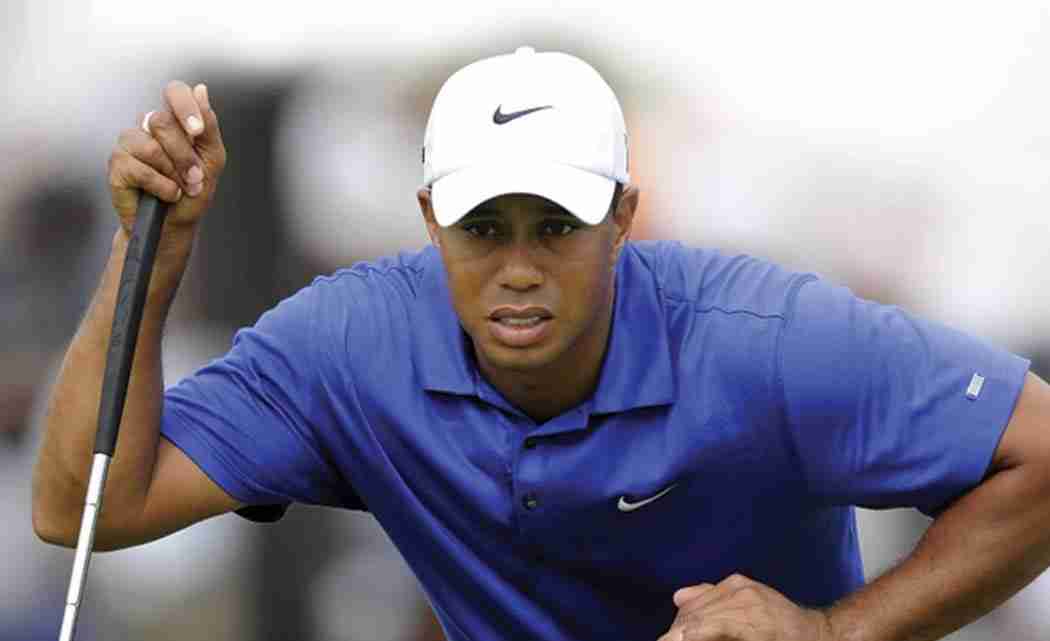 UNIVERSITY PLACE, Wash. (AP) _ The U.S. Open used to be the place Tiger Woods showed why he was the best.

On Thursday, the tournament exposed him at his worst.

Another round full of miscues and flat-out bad shots. Another time signing a scorecard he wouldn’t have dreamed possible in his prime.

Woods struggled from the opening hole in a late afternoon round at Chambers Bay, once again showing startling holes in a game that was once beyond reproach. He finished with a 10-over 80 that left him ahead of only playing partner Rickie Fowler and an assistant club pro named Rich Berberian Jr. among 156 players in a major championship he has won three times.

Worst of all, he embarrassed himself on prime-time TV with a topped 3-wood on the 18th hole that ended up deep in a cavernous bunker that no one with the USGA figured any player would find all week long.

If that 12-foot bunker wasn’t deep enough, Woods finds himself in another huge hole: 15 strokes behind the leaders and in serious danger of missing the cut on Friday unless he can come up with a low round.

“It’s one of those things, just got to work through it,” Woods said. “I’m trying as hard as I can to do it, and for some reason, I just can’t get the consistency that I’d like to have out there.”

A day earlier he stayed late on the practice range at Chambers Bay trying to groove the new swing he believes will eventually bring him back to the top again. But Woods couldn’t bring it to the course on a day where he could have made a highlight reel of bloopers and bad shots.

He left balls in bunkers, missed 3-foot putts that didn’t come close to the hole. Trying to hit it out of the deep grass on a hill on the eighth hole, the club slipped from his hands and went flying over the hill in a sequence that was comically replayed on social media sites.

He was all smiles while shaking hands with playing partner Louis Oosthuizen and Fowler, but it seemed more like a smile of relief that it was all over.

“That wasn’t that bad after my second shot,” he told Oosthuizen as they walked off the green after Woods salvaged a closing bogey.

Woods had the same smile as he answered a few questions after his round, insisting once again that his swing is a work in progress and that he sees hope. He even tried to make light of his struggle by pointing out Fowler finished even worse with an 81.

“The bright side is at least I kicked Rickie’s butt today,” Woods said.

Woods came to Chambers Bay off a shocking third round at the Memorial earlier this month, when he signed for an 85. But he told reporters on Tuesday that his game was coming together and he had the confidence to compete on the links-style course.

Instead, he had the worst opening round of his PGA Tour career _ by a whopping three shots.

“I fought, I fought hard,” Woods said. “And that was my number. I couldn’t grind out any harder than that. So that’s just the way I played and unfortunately it was a high number today.”

Woods is seven years removed from his last major title, the U.S. Open he won on one leg in one of golf’s legendary performances at Torrey Pines. He remains stuck on 14 majors, four short of the mark set by Jack Nicklaus, and he turns 40 in December, a time when history says players struggle to win as much.

He arrived at this open a shocking 50-1 pick to win a tournament in which he used to be an automatic odds-on favorite. His first round performance _ where he trailed 15-year-old amateur Cole Hammer by three shots _ showed the oddsmakers accurately reflected his chances.

Still, he said there was hope.

“I know when I do it right, it’s so easy,” he said of his fourth major swing change. “It just feels easy to control, easy to do it, easy to hit all my shots. I just need to do it more often and build from there.”