As Bolt exits, where does he rank among GOATs? 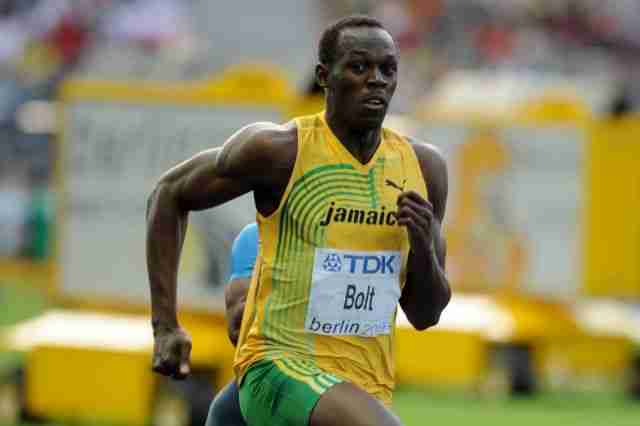 Usain Bolt’s legacy is secure. But is he the greatest Olympian of them all? That’s an impossible question to answer, of course.

Here’s the definitive list of Summer Olympic GOATs (Greatest Of All Time), as compiled by a voting panel of one.

10. Ray Ewry, United States, Athletics – Call him Mr. Perfect. Overcoming childhood polio, Ewry was the world’s best at jumping from a standing position. He swept all three golds at the 1900 Paris Games – on the same day, in fact – and three-peated again in St. Louis. After the standing triple jump was dropped from the program, Ewry took gold in the standing long and high jumps in 1908, setting a mark for individual golds that stood for a century. Plus, he took two golds at the 1906 Athens Games that once counted as an official Olympics.

9. Nadia Comaneci, Romania, GymnasticsCall her Ms. Perfect. At the 1976 Montreal Games, the 14-year-old captivated the world and helped turn gymnastics into one of the most popular Olympic sports by becoming the first gymnast to receive a 10 from the judges. By the time Comaneci was done, she had received six more perfect marks and claimed three golds.

8. Aladar Gerevich, Hungary, Fencing – No one beats this swordsman for longevity. The only Olympian to win gold in the same event at six straight games, he was part of every winning sabre team from the 1932 Los Angeles Games through the 1960 Rome Games, when he was 50 years old.

7. Carl Lewis, United States, Athletics – Another Olympian with staying power, he ruled the long jump at four straight Summer Games and finished his career with nine golds and a silver.

6. Mark Spitz, United States, Swimming Bouncing back from what was viewed as a disappointing performance at Mexico City Spitz put his critics to shame by sweeping a record seven golds at the 1972 Munich Games. That mark stood until Michael Phelps’ Great Haul of China 36 years later.

5. Larisa Latynina, Soviet Union, Gymnastics – The Ukrainian native competed in 19 events over three Olympics, and only failed once to land a spot on the medal podium. With nine golds and 18 medals, she held the overall career mark that stood until Phelps swam past it in 2012.

4. Paavo Nurmi, Finland, Athetics – The Flying Finn will forever be remembered for winning both the 1,500 and the 5,000 meters less than an hour apart at the 1924 Paris Games. But that’s only part of his amazing story. Competing in a dozen events over three Olympics, he won nine golds and three silvers. Nurmi also brought a new analytical approach to running that is still felt to this day.

Now, on to the medal podium. …

3. Jesse Owens, United States, Athletics – The bronze goes to the American track star who defied Adolf Hitler, winning the 100 meters, 200, 4×100 relay and long jump at the racially charged Berlin Olympics in 1936. A year before those games, he might have pulled off the most impressive feat ever at the Big Ten championships, where he set three world records and tied a fourth in the span of 45 minutes – including a long jump mark that stood for a quarter century.

2. Bolt, Jamaica, Athletics – The only sprinter to capture the 100 and 200 titles at three consecutive Olympics has to settle for a silver here. His dominance on the track was only part of his story. Bolt was the life of the party every time he competed, captivating fans with his charisma, smile and that “To Di World” pose. Finishing third in the 100 at the world championships in London, in what was billed as the last individual race of his career, does nothing to tarnish his legacy.

1. Phelps, United States, Swimming – In terms of his medal collection, no one comes close to the Baltimore Bullet. Granted, as a swimmer, he had a lot more chances to reach the podium, but that merely enhances what he was able to do over the span of five Olympics. Phelps competed in 30 events – and touched first an astonishing 23 times. With three silvers and two bronzes, as well, he set a standard that will likely never be duplicated.