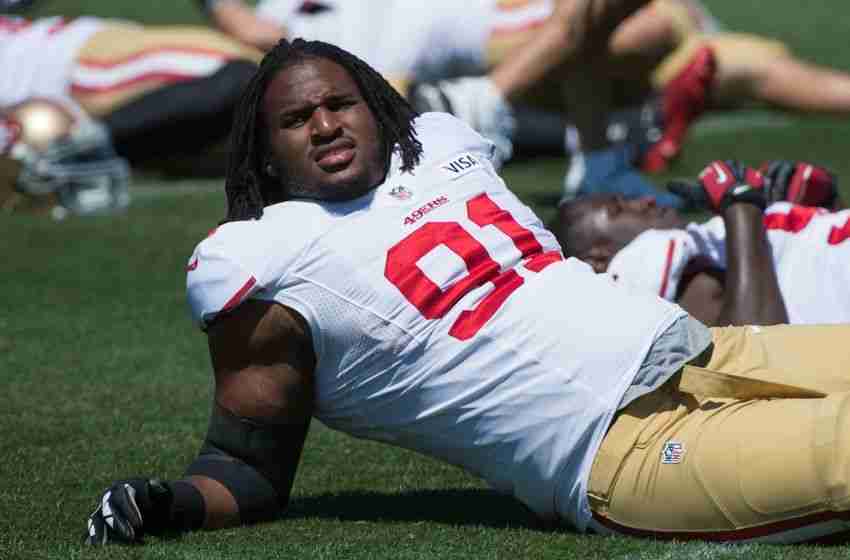 AN JOSE, Calif. (AP) _ A California judge has dismissed a defamation lawsuit filed by former San Francisco 49er Ray McDonald against a woman who accused him of rape.

McDonald failed to produce any admissible evidence that the woman had spoken to anyone other than law enforcement officials about her accusations, and statements to police are considered protected speech, Santa Clara County Superior Court Judge William Elfving said in the ruling last week.

A call to McDonald’s attorney, Steve Defilippis, was not immediately returned.

Gloria Allred, who is representing the woman, said the ruling sent a message to NFL players and other celebrities that defamation suits against people who report crimes to authorities are a losing strategy.

The woman says McDonald carried her upstairs to his bedroom in December 2014 and sexually assaulted her.

She has filed a lawsuit against McDonald alleging assault and battery, negligence, intentional infliction of emotional distress and false imprisonment.

Prosecutors are reviewing the case after police say the woman reported she doesn’t recall any sexual encounters after drinking alcohol, falling and blacking out at McDonald’s home.

She said she went to police after waking up next to McDonald.

The 49ers released McDonald in December, citing a pattern of poor decision-making.

McDonald had been arrested on suspicion of domestic violence in a separate incident in August. Prosecutors declined to file charges.

The Chicago Bears released McDonald in May after he was arrested at a San Jose home on suspicion of assaulting his ex-fiancee.

He was arrested again that week on suspicion of violating a restraining order by being at the woman’s home. He posted bail and was released each time.