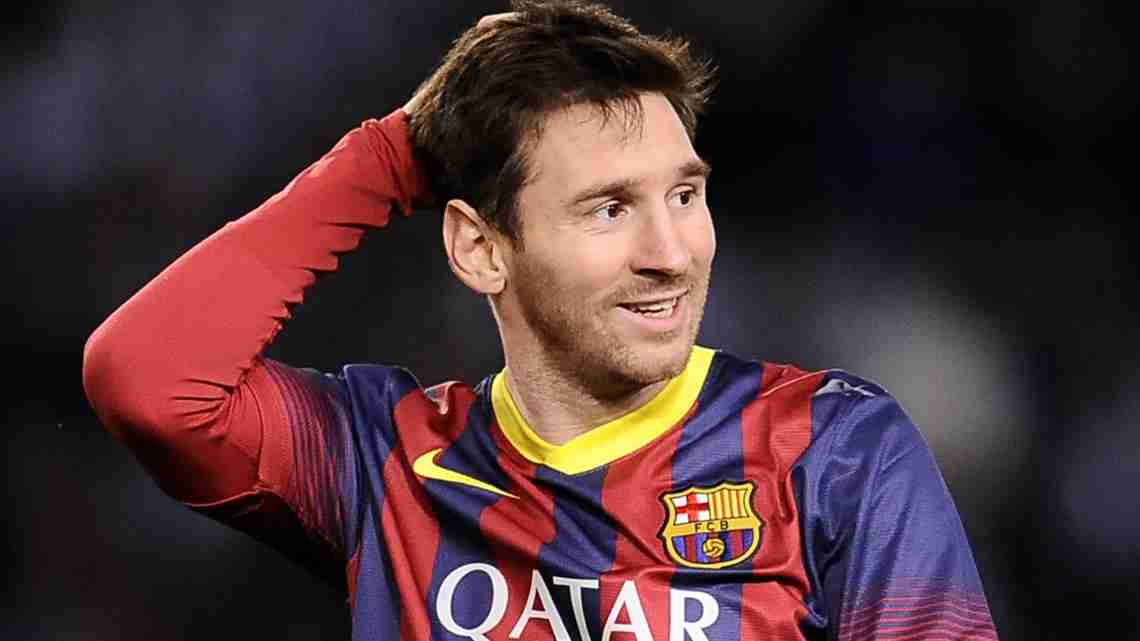 Messi slotted in the decisive goal in the 65th minute after working a sublime one-two passing combination with Pedro Rodriguez, who started for the injured Luis Suarez. It was Messi’s 41st goal of the season and powered Barcelona to its 23rd league crown _ and seventh in the last 11 years _ as it re-established itself as the dominant team in Spain.

A year after not winning a major title for the first time in six seasons, Luis Enrique’s side now has a chance to win another treble, with the final of the Champions League and the Copa del Rey coming up.

“We’re very happy of this glorious era with so many titles,” said Barcelona midfielder Sergio Busquets. “Last year we weren’t up to the challenge to win any competitions, but this year we are on a good path and this is only the first. This winning era hadn’t ended. What Pep Guardiola started with Messi, Xavi, Iniesta is still going. We have one title now and are two more wins away from a historic season.”

Real Madrid will finish runner-up despite Cristiano Ronaldo scoring a hat trick in a 4-1 win at Espanyol. It trails Barcelona by four points with one round left.

Atletico, which won the title last year in a winner-take-all finale at Barcelona, was left in third place.

While Barcelona’s players hopped with arms interlocked forming a ring in the middle of the Vicente Calderon pitch, the club’s coach indulged in a heartfelt embrace with his staff on the sideline. After a rocky start to his first year in charge, Barcelona won the league on the back of an excellent second half of the season as Luis Enrique steered the team to 18 wins in the last 20 rounds.

Luis Enrique can now match Guardiola’s coaching debut with three titles of his own. Barcelona hosts Athletic Bilbao in the cup final on May 30, and then turns to facing Italian champion Juventus in the Champions League final in Berlin on June 6.

“I think of everyone who has formed part of the club form the start of the season, and above all our fans,” said Luis Enrique. “This is our chance to make our fans happy, nothing more. It’s time to celebrate. Whether this is the start of a winning era, that’s just a cliche. We have two more finals now, and we will see. If we do win them it will be because our players will demonstrate they are the better side.”

With Suarez out nursing a left hamstring injury, Messi moved into the center of Barcelona’s attack and had four shots in the first 20 minutes before clipping the crossbar with a free kick.

Barcelona kept up the pressure until Messi and Pedro finally broke down Atletico’s defense, when the Argentina forward used his left boot to fire the ball inside the post for his 41st league goal of the season and his 54th in as many games in all competitions.

Ronaldo’s goals_ he leads the league with 45_ were once again not enough for Madrid to better Messi’s Barcelona, and Carlo Ancelotti’s team will end the season without a major title.

Moments after Ronaldo completed his hat trick at Espanyol, Barcelona fans began flocking to the center of the Catalan capital to celebrate.

Chants of “Messi! Messi!” were heard from the heart of the party at Barcelona’s famous “Las Ramblas.”

Messi now has seven league titles with Barcelona. Ronaldo, meanwhile, has won one for Madrid in six seasons.

“Congratulations to Barcelona,” said Ancelotti. “Real Madrid always plays to win, but we weren’t able to do so this season.”

Elsewhere on Sunday, fourth-place Valencia’s Nicolas Otamendi salvaged a 1-1 draw at home with Celta Vigo, while Sevilla remained one point behind after fighting back 2-1 over relegation-threatened Almeria.

Eibar also stayed in the drop zone after drawing 1-1 at Getafe, while already relegated Cordoba fell 2-1 to Rayo Vallecano.

Granada rolled to a 3-0 victory at David Moyes’ Real Sociedad for a third win in as many games under coach Jose Sandoval, while Deportivo La Coruna beat Levante 2-0 as both winners boosted their chances of staying up.

Athletic Bilbao erased Jonathas’ two goals to rally for a 3-2 win at Elche and move into seventh place, while Malaga fell into eighth after losing 2-1 at sixth-place Villarreal.