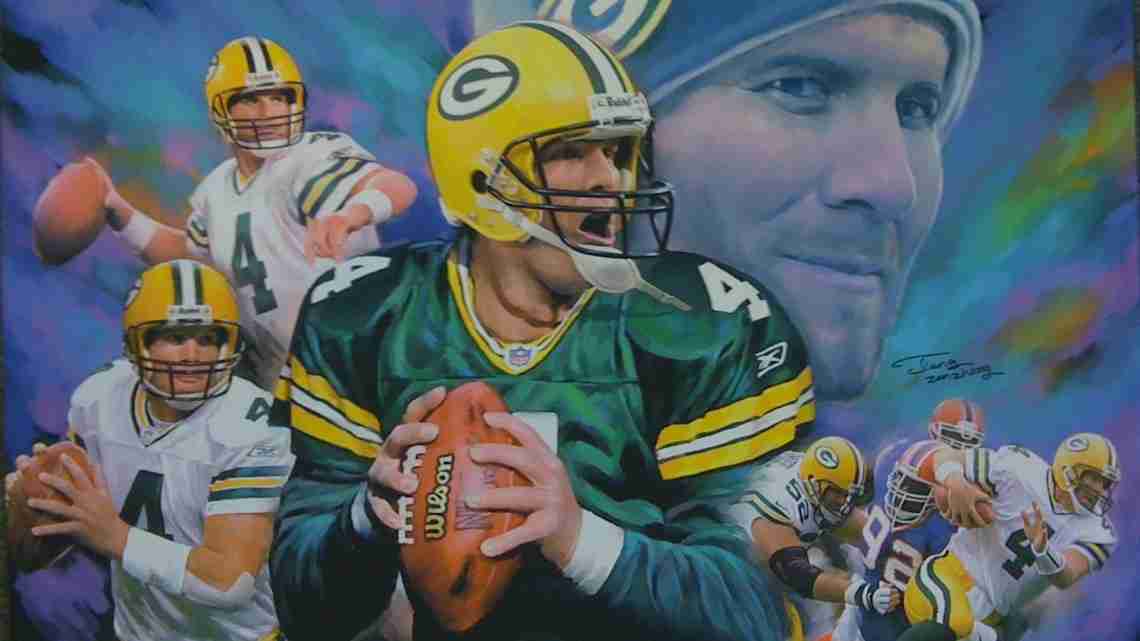 The great thaw is nearly complete. The big weekend in Green Bay is finally here for Brett Favre.

The former quarterback renowned for his durability and gunslinger mentality will be inducted into the Packers Hall of Fame and have his No. 4 jersey retired on Saturday. It’s a day some Packers fans thought they might never see.

The sides have mended their relationship after a messy split that stemmed from the “will he or won’t he retire” drama that led to a once-unthinkable exit from Green Bay in 2008.

But Saturday begins a green-and-gold celebration of a storied, 16-year tenure with the Packers that helped revive of one of the NFL’s marquee teams.

“I think it’s huge,” Mike McCarthy, Favre’s last coach with the Packers, said during minicamp. “There (are) some monumental moments for this organization and obviously he has quite a few of them. He deserves to be honored the right way.”

With the kind of fanfare befitting for a player who had a flair for the dramatic, both on and off the field.

The induction ceremony for old No. 4 will take place in the Lambeau Field atrium. The roughly 67,000 seats for fans to watch on video boards inside the stadium bowl have long been sold out.

Tickets, of course, cost $4. Net proceeds were to go to the Favre 4 Hope charity.

A scheduling conflict at Lambeau and the game’s proximity to training camp, which starts in less than two weeks, prevented the game from being held in Green Bay.

Returning to Lambeau for the event might have made the weekend perfect for Favre. Still, this is a moment that he has been looking forward to for some time.

“To say a whirlwind would be probably an understatement. It’s going to be a lot of fun. Much anticipated obviously. Not only from our end but I think from everyone else,” Favre said earlier this year.

The rumblings in Titletown began a decade ago after the Packers took Aaron Rodgers in the first round of the 2005 draft. Favre wasn’t thrilled that the team had found his heir apparent, and fans initially treated Rodgers with skepticism.

Rodgers took over in 2008 after Favre was traded to the Jets. Favre retired briefly, then came back with the Minnesota Vikings for a two-year stint starting in 2009 that finally finished his career.

Any apprehension that Favre might have felt about how fans might react disappeared after the response for tickets.

“If there were any questions prior to that about how the fans felt about my return, I think those questions have been answered,” Favre said.

Packers president Mark Murphy said he also initially wasn’t sure what kind of turnout to expect on Saturday night.

“But the fact that it sold out sold quickly tells me the fans are ready,” Murphy said. “It’s time.”

Another milestone will come on Thanksgiving night, when Favre’s number will go up on the stadium’s interior facade during the game against the Chicago Bears.

Favre threw for nearly 72,000 yards and completed 62 percent of his passes in a 20-year career overall that began after being drafted by Atlanta in the second round in 1991.

In February 1992, under then-new general manager Ron Wolf, Green Bay acquired Favre from the Falcons for a first-round pick. The Packers won the Super Bowl four seasons later, beating New England 35-21. They returned to the Super Bowl the following season, losing to Denver 31-24.

Renowned for his durability, Favre holds a slew of NFL marks including a QB-record 297 straight regular-season games. He won three MVP awards.

His 16 seasons in Green Bay matched Bart Starr (1956-71) for the longest tenure in team history.

“I don’t know if there has been a player in recent memory that has been as connected as Favre to the Packers … How many people have 16 years with one team,” Murphy said. “For him to have the kind of career he did with us is pretty exceptional.”