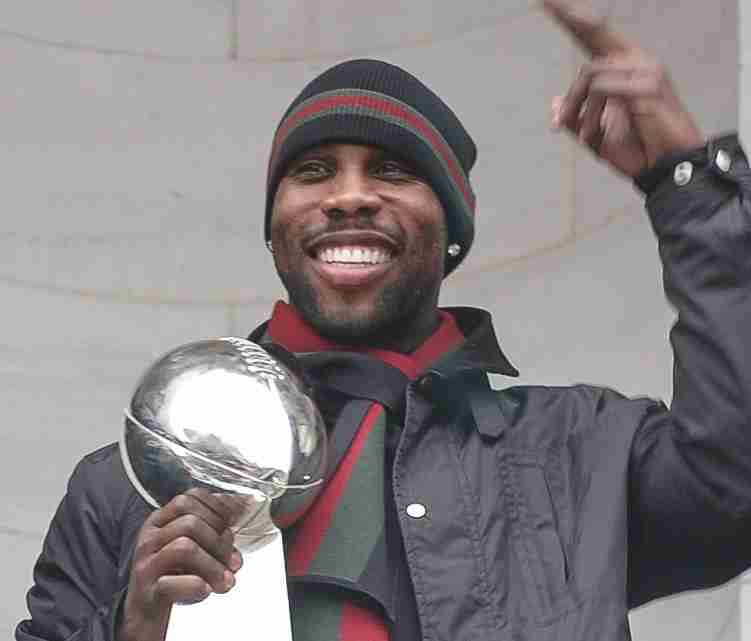 In an interview Monday on SiriusXM NFL Radio, Boldin said he’s “uncomfortable” with how divided the nation is and wants to dedicate his entire focus to humanitarian and criminal justice causes.

“I always felt like football would be my passion, football would be the path to a lot of things,” Boldin said. “But just seeing the things that transpired over the last week or so, I think for me, there’s something bigger than football at this point.”

He then clarified that he was referring specifically to what happened in Charlottesville on Aug. 13, when a counter-protester and two Virginia state police officers were killed during a rally involving neo-Nazis and other right-wing groups.

“Do I think I can solve all the problems that we have in this country? Of course not,” he said. “But I think I have a duty to stand up and make my voice heard and be a voice for those who don’t have a voice.”

The NFL’s 2015 Walter Payton Man of the Year, Boldin oversees the South Florida-based Q81 Foundation, which offers educational support for underprivileged children. He has become an advocate for criminal justice reform since his cousin was killed by a plainclothes police officer along the side of a Florida highway in October 2015.

Boldin spoke to SiriusXM a day after abruptly informing the Bills he was retiring some two weeks after signing a one-year contract with a base salary of $1.75 million.

Boldin insisted his decision had nothing to do with Bills trading their top receiving threat, Sammy Watkins, in a pair of blockbuster deals on Aug. 11, or how the team’s offense struggled in a 2016 preseason loss at Philadelphia on Thursday.

“I didn’t come to Buffalo just to play with Sammy Watkins,” Boldin said, reiterating comments he made immediately following Watkins’ trade to the Los Angeles Rams. “For me to put some thought into anything like, ‘This is not what I signed up for,’ would be absurd.”

He discounted the notion that he might reconsider retirement and choose to play for a contender later this season.

“Do I feel like I can still play? Of course,” the 36-year-old Boldin said. “My passion for the advocacy work that I do outweighs football at this point, so I’m not coming back to play for a contender or to do anything else. I’m done with the game of football.”

Boldin’s decision to retire coincides with what he witnessed on the field in Philadelphia during the pre-game national anthem. Eagles defensive end Chris Long showed his support by putting his arm around cornerback Malcolm Jenkins, who stood in silent protest with a raised fist. Bills backup lineman Cameron Jefferson was so inspired by what he saw that he also raised his fist on Buffalo’s sideline.