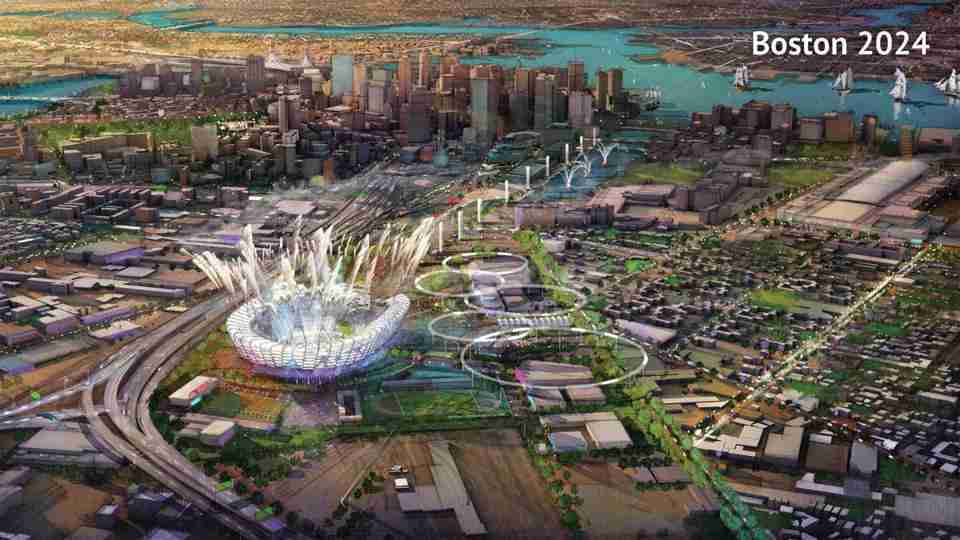 By BOB SALSBERG
BOSTON (AP) _ The organizers of Boston’s Olympic bid said Wednesday that Harvard University, Boston College and Northeastern University would serve as venues for several events if Boston is chosen to host the 2024 Summer Games.

The announcement came as Boston 2024 continued its steady roll-out of potential Olympic sites around Massachusetts, leading up to the public release of what the nonprofit group has promised will be a new and improved master plan for the games.

Boston College was chosen to host wrestling and judo at Conte Forum and Northeastern was tapped for weightlifting at the school’s Matthews Arena.

Boston 2024 also said it was in discussions with several other colleges and universities, including MIT and Boston University.

“Our vision for the Olympic and Paralympic Games includes key partnerships with Boston’s world-class colleges and universities to help deliver a plan that is fiscally responsible and sustainable,” said Richard Davey, chief executive officer of Boston 2024, in a statement. “We look forward to working closely with each college and university to ensure our plans fully align with the future they envision for their institutions.”

The presence of many world-renowned colleges and universities in the Boston-area had been a major selling point for organizers leading up to Boston’s selection in January by the United States Olympic Committee as the U.S. bid city. Until Wednesday, however, no formal venue selections had been announced.

Initial bid documents listed a number of events, including tennis and swimming, which could be held at area schools.

Harvard had originally been pegged for tennis, but Boston 2024 announced last week that the competition would take place at the nation’s first African-American tennis club in the city’s Dorchester neighborhood. The Ivy League university has also been mentioned as a potential site for several other Olympic events.

Columbia Point, home to the University of Massachusetts-Boston campus, has been identified as the likely site for the Athlete’s Village and organizers have said that other colleges could help provide housing facilities.

Boston 2024 also announced Wednesday that several other existing venues would host events. Volleyball and table tennis would be played at the Boston Convention and Exhibition Center; handball would be at the DCU center in Worcester; and the Tsongas Center in Lowell would host fencing and taekwondo.

Boston 2024 has said it will unveil its new master plan by June 30. The organization has been trying to shore up support for the Olympic bid in light of public opinion polls that have shown a majority of Massachusetts residents skeptical about bringing the games to Boston, at least partly on concerns that taxpayers would have to cover cost overruns.

A group that opposes the Olympic bid said plans still called for building the three most expensive venues _ the Olympic Stadium, aquatics center and velodrome _ from scratch.

“Those venues cost $1.6 billion for the (2012) London Olympics,” said No Boston Olympics, in a statement.

The International Olympic Committee is expected to pick a host city in 2017, with Paris, Rome, Hamburg, Germany and Budapest, Hungary among other cities likely to bid.