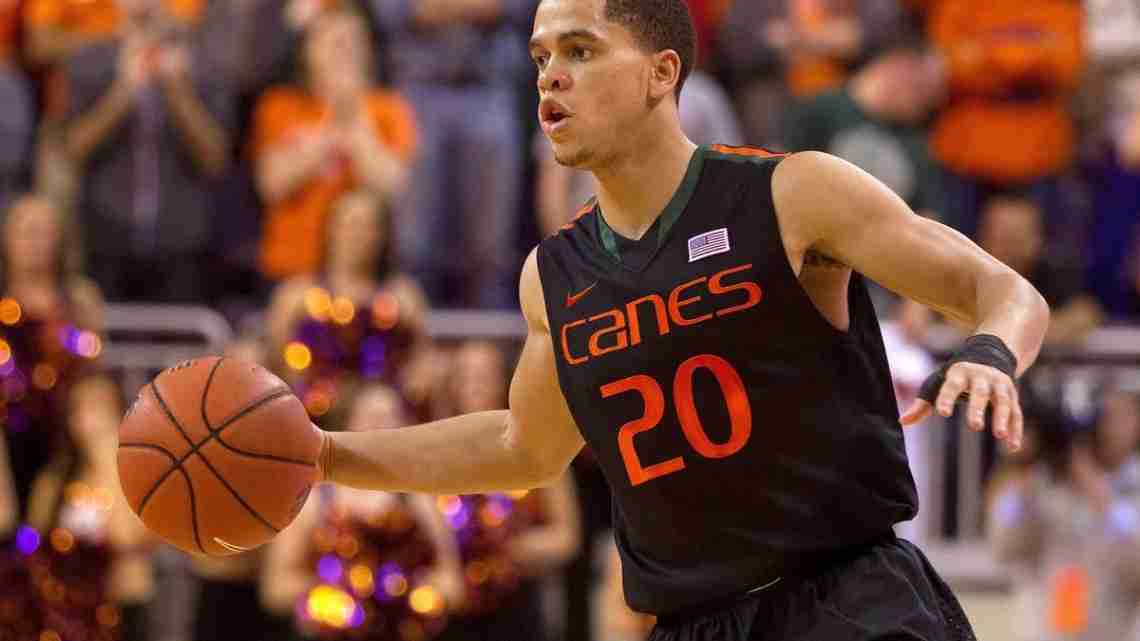 Coach Jim Larranaga’s young, No. 24-ranked Hurricanes have strung together four consecutive victories by a total of eight points, all decided on the final possession, to earn the No. 3 seeding in this week’s Atlantic Coast Conference Tournament in New York.

Call them the Cardiac Canes.

“We joke around in the locker room: We keep it interesting for the fans just to keep them anxious and nervous,” guard Dejan Vasiljevic said. “Poise down the stretch is an emphasis – being able to make big shots and big plays and be calm. Our team has showed a lot of heart.”

The margins of victory in the past two weeks have been three points, one, three and one. With four wins in a row by less than four points, the Hurricanes (22-8, 11-7 ACC) tied a 61-year-old league record, and it’s a first for the school.

Last week Miami won 9188 at then-No. 9 North Carolina on Ja’Quan Newton’s desperation buzzer-beater from near mid-court, and beat Virginia Tech 69-68 when Chris Lykes sank the front end of a one and one with three seconds to go.

The last ACC team to win four in a row by less than four points was Duke in 1984. Larranaga, in his 46th year of coaching, said he has never experienced such a run.

“Confidence is a huge part of success – believing in yourself,” he said. “Our guys have developed a lot of confidence in themselves and their teammates.”

The succession of heart-stoppers comes at the end of a roller-coaster regular season. The Hurricanes climbed to sixth in the rankings before Christmas but fell out of the Top 25 after losing four times in a seven-game stretch. Perimeter shooting, free throws, rebounding, turnovers and offensive execution against the zone have all been issues.

Miami lost twice at home in February and was beaten by three teams that finished in the ACC’s second division.

The Hurricanes had to adjust to the loss of star guard Bruce Brown Jr., sidelined by a foot injury since late January. But they’ve now won seven of 10 without Brown, who could receive medical clearance next week to return.

“We’ve missed him,” Larranaga said. “But it gave other players an opportunity to step up.”

He has averaged 15.1 points over the past 15 games, including several memorable baskets at crunch time.

Walker sank a layup in the closing seconds of regulation in an overtime win over Louisville, a 3-pointer with two seconds left to beat Boston College, and a tying field goal in the final minute last week against Virginia Tech.

The most recent victory made Miami 10-1 in games decided by six points or less, with the lone loss a two-pointer at Boston College.

“We’ve been through it so much,” Walker said. “The way we approach it and how calm and collected we are have been a big deal.

We know what we can do and need to do. The past four games we’ve been figuring that out and approaching it pretty well.”

Walker was one of three freshmen on the floor in the late going Saturday against Virginia Tech. That suggests the Cardiac Canes are likely to remain unpredictable – and dangerous.

They earned a double bye in the league tournament, and start play in the quarterfinals Thursday night against No. 6-seeded North Carolina, No. 11 Syracuse or No. 14 Wake Forest.

“We’ve had a lot of poise down the stretch these past four games,” said Lykes, another freshman. “Now we know we can come back, whatever the score may be.”

Next post Target’s remake is accelerating, at a cost