Cavs fans must wait again for next year after finals loss 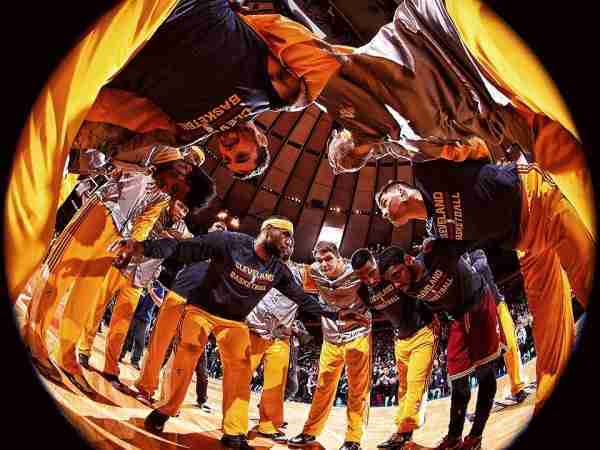 CLEVELAND (AP) _ Frustration and disappointment could be heard in the murmurs and shouts from Cleveland Cavaliers fans who watched the decisive Game 6 of the NBA finals until the bitter end in a plaza outside the city’s downtown arena.

But even as their long-held hopes for a title in any major professional sport once again slipped away Tuesday night, this time to the ultra-talented Golden State Warriors, fans clung to the belief that with the Cavaliers’ LeBron James leading the way, next year _ next season _ that a shiny championship trophy might find a home in Cleveland after five decades of futility.

“I believe next year they’ll have a better chance,” said Jeff Bentley, 46, who added with a chuckle: “We’re used to next year anyway.”

No one quite knew what to expect when James announced last summer that he would be returning to play for the Cavaliers after four seasons and two NBA titles with the Miami Heat. Yet there was an expectation that with James, the kid from Akron who grew up to become the best basketball player on the planet, that the Cavaliers would surely compete once again.

A rocky start to the season became transformative as James got the help he needed and the Cavaliers served notice that they were among the league’s elite teams. Despite key injuries during the team’s playoff run, James rose to the occasion and seemingly carried the Cavs on his broad shoulders. But it still wasn’t enough.

“One man can’t beat five guys,” said Aaron Edwards as the final seconds of Game 6 ticked away. “LeBron wanted this more than anybody.”

Several thousand fans gathered in the plaza between Quicken Loans Arena, where Tuesday’s game was played, and Progressive Field, home of baseball’s Cleveland Indians. They watched the game on giant, high-definition televisions with the smells of barbecued meat and fried foods wafting overhead.

Many in the crowd wore jerseys and T-shirts of different vintages with James’ No. 23 emblazoned on the back. While James’ departure to South Beach in 2007 was seen as a betrayal to some fans, others, like Denise Jackson, 49, said her admiration for James as a basketball player and a person would follow him wherever he might go.

Jackson’s daughter, Shariyka, 21, said she understands how people were upset by how James handled his departure from the Cavs, but she also knows why James left. “He had to go somewhere else to prove himself before he came back.”

Nate Nagle, 22, said he was heartbroken when James left for Miami. He said his bedroom was adorned with posters of James and the Cavaliers. The announcement of his return, Nagle said, “meant everything in the world.” He had no complaints Tuesday night.

“There’s not much more we could have asked from LeBron,” Nagle said. “He gave everything he could. And we’ll be back next year.”