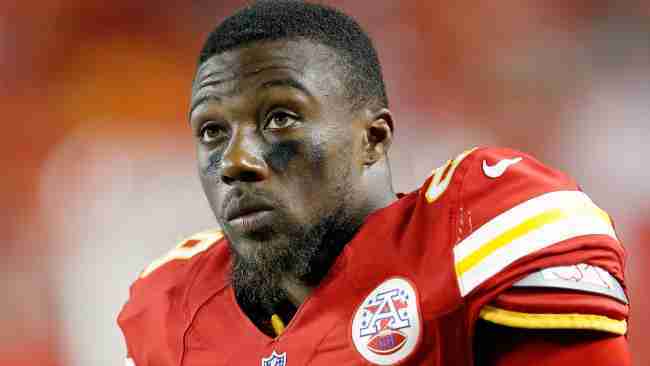 ST. JOSEPH, Mo. (AP) _ Eight months after getting the stunning news that he had cancer, Chiefs Pro Bowl safety was expected back on the practice field Wednesday, a day after doctors gave him the all-clear.

The Chiefs medical staff and his own doctors put him through a battery of tests Tuesday and the team later announced he would join quarterbacks, rookies and select injured players for the first practice of training camp on the campus of Missouri Western State University. Berry was scheduled to speak to reporters after practice.

Berry was diagnosed with Hodgkin’s disease last December, shortly after complaining of pain in his chest following a game against Oakland. He was treated at Emory University in Atlanta almost immediately, and went through the final round of treatment in June.

“He’s kept himself in good shape, believe it or not,” Chiefs coach Andy Reid said earlier Tuesday, before Berry was cleared to return. “He’s really done a good job there.”

Hodgkin’s disease, also called Hodgkin’s lymphoma, is a cancer of the immune system that makes up about 8 percent of all diagnosed lymphomas. According to the National Cancer Institute, more than 9,000 people will be diagnosed with it in the United States this year.

According to Dr. Christopher Flowers, who directs the lymphoma program at Emory’s Winship Cancer Institute, Berry was scheduled to undergo “standard chemotherapy approaches.” Beyond that, Berry and the team have been reluctant to reveal details of his treatment.

While questions remain about Berry’s fitness and whether he will be ready for the season opener in September, it would not be unprecedented for an athlete to return at a high level.

Several NFL players tweeted their good wishes after the news was announced.

Peterson’s coach, Bruce Arians wrote: “So happy to hear Eric Berry is back and cleared for practice. All the best. (hash)BerryStrong”

Hall of Fame hockey player Mario Lemieux was diagnosed with the same disease in 1993, went through treatment and ultimately finished his career with the Pittsburgh Penguins. Cubs first baseman Anthony Rizzo was diagnosed with Hodgkin’s lymphoma in 2008 and was successfully treated with chemotherapy, and was later voted to his first All-Star game.

While football became an afterthought as Berry battled cancer, his absence from the field was still noteworthy for a team that just missed reaching the playoffs last season.

The Chiefs’ defense was among the league’s best against the pass, but it struggled mightily to defend the run. The 26-year-old Berry happens to be one of the best run-stopping safeties in the game, a hard hitter who fearlessly crashes the line of scrimmage.

The fifth overall pick in the 2010 draft, Berry has played his entire career in Kansas City, becoming one of the most popular players on the team. He missed all of the 2011 season with a torn knee ligament, but returned to start all 16 games the following year. He has started 53 games in all, piling up 323 tackles with 5 1/2 sacks and eight interceptions.

His return, regardless of how much he’ll be able to participate, will certainly boost some spirits in Kansas City. Earlier in the day, Reid announced that Pro Bowl defensive tackle Dontari Poe had surgery on his back last week and would miss all of training camp.

Poe was diagnosed with a herniated disc. He had surgery on July 15.

“He stands a reasonable chance (of returning) in the early part of the season. Whether that’s the beginning or somewhere early in the season for his return, you just have to see and see how things recover, how he recovers there,” Reid said.

Next post Microsoft's free Windows 10 giveaway: What that means