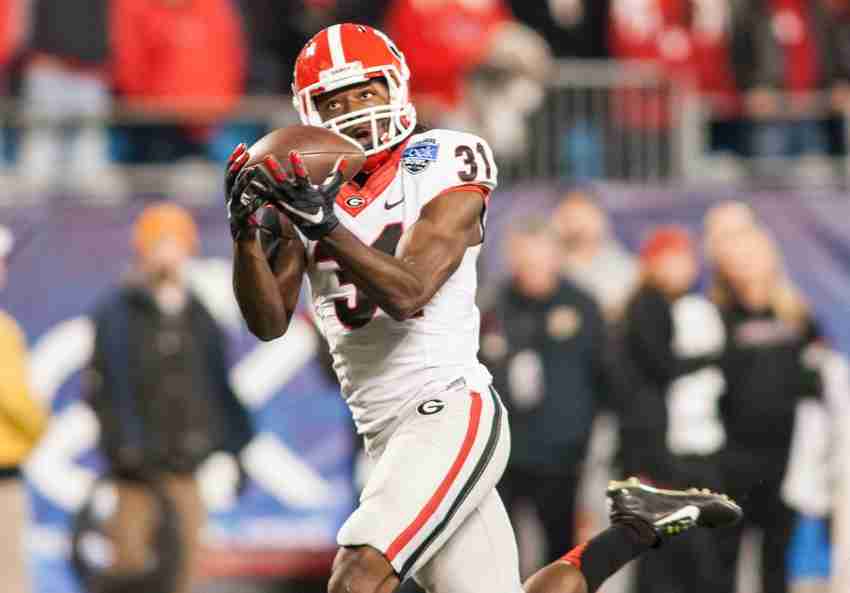 KANSAS CITY, Mo. (AP) _ There is a “Star Wars” expert running post patterns. The son of a pro wrestling great is learning the nuances of blocking. A cancer survivor is huddling with his position coaches.

Welcome to the most interesting rookie minicamp you’ll ever find.

There are 69 players running around in shorts on the Kansas City Chiefs practice fields this weekend. Nine of them were drafted and a near-locks to make the team. More than a dozen signed as undrafted free agents. The rest are merely in town for a tryout, hoping to catch the eye of coach Andy Reid or one of his assistants in the few short hours they have together.

All of them have stories. Some are more interesting than others.

Speaking of acting, tight end Steven Borden’s father, Steve Sr., was a pretty good one in his own right. You might know him better as Sting, the biggest star of World Championship Wrestling in the 1980s and `90s, and with Total Nonstop Action Wrestling and the WWE more recently.

The younger Borden played collegiately at Kentucky and is trying out with the Chiefs.

On a far more serious side, there’s former Gardner-Webb standout Kenny Cook, who is trying to earn a wide receiver job in Kansas City after signing as a college free agent.

Before his sophomore year of high school, Cook’s mother Kimberly noticed a lump on the side of his neck. It turned out to be Hodgkin’s lymphoma, the same form of cancer for which Chiefs Pro Bowl safety Eric Berry is undergoing treatment. Cook wound up missing a full year of football while radiation and chemotherapy treatments went to work.

After a stint in junior college, he dazzled in the Football Championship Subdivision.

That’s just the start, though. Here are some more story lines at Chiefs minicamp:

_ There are two defensive tackles from the football hotbed of Hawaii trying to make the team in former Montana standout Tonga Takai and Texas A&M-Commerce’s Charles Tuaau.

_ Speaking of Tuaau, he was supposed to graduate on Saturday. But his athletic director at Commerce held a special commencement for him Thursday so that he could make the minicamp.

_ There are several NFL legacies in minicamp. Running back Malcolm Agnew’s dad, Ray, played 11 seasons as a defensive tackle. Tight end Westlee Tonga’s brother-in-law is former running back Reno Mahe, who played five seasons for Reid with the Eagles in the 2000s.

_ Before starring at Southern Miss, defensive tackle Rakeem Nunez-Roches was born and raised in Belize. The last NFL player to hail from the tiny Central American nation? Bill Gutteron with the shortly-lived Los Angeles Buccaneers in 1926.

_ Arguably the fastest player in minicamp is De’Vante Bausby, an undrafted cornerback from Pittsburg State. He ran the 40-yard dash in 4.22 seconds _ slightly wind-aided _ at his school’s pro day. By comparison, the NFL combine record is 4.24 seconds set by Chris Johnson.

_ For the “US Weekly” crowd, former Vanderbilt long snapper Andrew East is the longtime boyfriend of Olympic gold-medal gymnast Shawn Johnson, while safety Justin Halley from Florida International is a professional model who has appeared on an edition of “Vogue.” The father of quarterback Michael Strauss founded MIA Shoes, which specializes in women’s footwear.

Most of these guys will never play a down in the NFL. In fact, most of them will be memories once the weekend is over, cast aside after unsuccessful tryouts.

At least they’ll have another interesting story to tell.

Next post Suicides rare in young children; rate edged up in black boys