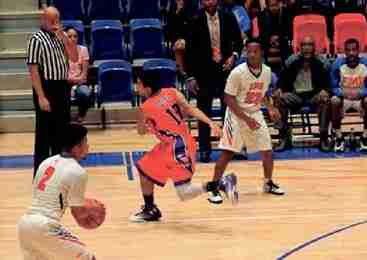 Edward Waters got off to a spectacular start and was able to build a seven point lead by the middle of the first half, but Florida Memorial remained in the game in the early going with excellent success at the free throw line, going 3-4 from the stripe. The teams went into the locker room tied 35-35.

Jaelyn Johnson-Coston led the Lions with 14 points and grabbed 9 rebounds, while Aaron Bryant poured in 14 points, and grabbed 4 rebounds. Davon Williams contributed 13 points and Charlie Nedd-Araujo and Andre Braziel poured in 10 points each.