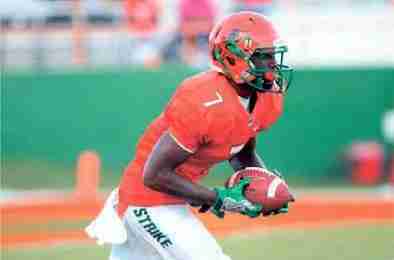 The Rattlers’ Ryan Stanley dropped back to pass and fumbled the ball when he was blindsided on a big hit by linebacker Quedarrion Barnett at midfield. Jacquemin’s field goal on the ensuing series put Jackson State on top, 18-16.

The Rattlers then drove inside the Jackson State 10-yard line, but the drive stalled when the Tigers blocked the go-ahead field goal with 3:48 remaining.

Florida A&M forced a punt and had the ball on its own 36-yard line with 1:09 left. Stanley later threw a pass to Marcus Williams, and Williams tiptoed along the sideline but was knocked out of bounds at the Tigers 2. But on the next play the Rattlers ran the ball up the middle without any timeouts remaining and then couldn’t get the field-goal unit set as time expired.