Wildcats not the only team with talent heading into NCAAs 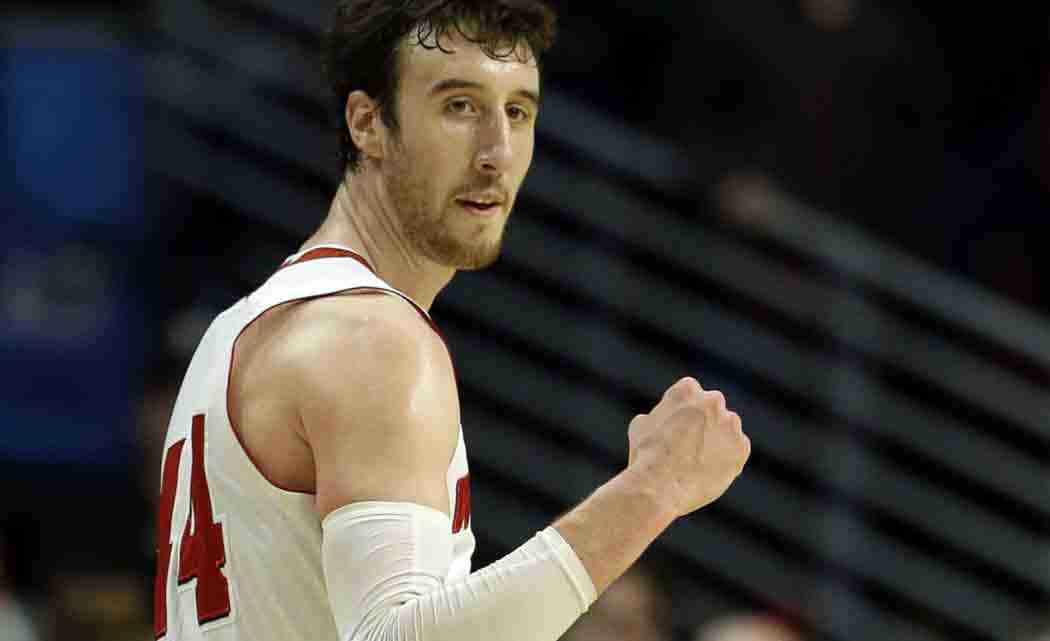 By EDDIE PELLS
At Kentucky these days, it’s a bigger surprise when a player sticks around than when he leaves.

That’s why the coach, John Calipari, is the closest thing to a household name the Wildcats have.

Yes, Kentucky — undefeated and top seeded in the NCAA Tournament — has great players. Center Karl-Anthony Towns could be the second pick in the next NBA draft, and Willie Cauley-Stein might be lottery material, too. But however you cut it, the modern-day Kentucky program is better known for its ability to keep turning over NBA talent than for the individual players themselves.

Here are five players who have led the way on their respective teams’ road to March Madness:

FRANK KAMINSKY: The Wisconsin big man can do it all — shoot, pass, rebound. He’s a skinny 7-footer, and though his frame and game don’t automatically translate to the NBA, he’ll get his chance there. Before that, though, he’s bringing his 18-point, eight-rebound average into the tournament. The Badgers are a No. 1 seed thanks in large part to Kaminsky, who was the Player of the Year in the Big Ten and might be the best all-around college player in America. Wisconsin’s first game is Friday against Coastal Carolina.

TYLER HARVEY: This year’s Doug McDermott is … drum roll, please: Tyler Harvey of Eastern Washington. Harvey leads the nation in scoring at 22.7 points a game. He scored 12 of his 18 points in the second half to lead the Eagles from 11 points down for a victory over Montana in the Big Sky title game Saturday. Next up, a meeting Thursday with No. 4 seed Georgetown. “You dream about this moment when you’re a kid,” Harvey said. Last year, McDermott was the nation’s leading scorer (and AP Player of the Year) and he led Creighton to the second round.

T.J. MCCONNELL: At 6-foot-1, the Arizona guard isn’t imposing. His stat line — 9 points, six assists — won’t blow anyone away. But he’s a coach’s son, the sort of guy who does everything right and makes sure his teammates do, too. He pumps up the crowd, keeps his team focused and is generally the kind of player that opponents can’t stand. He may play his last meaningful basketball this month, but he’s one of those increasingly rare seniors who will go down as great college players no matter what they do afterward. Arizona plays No. 15 seed Texas Southern on Thursday.

SETH TUTTLE: The 6-foot-8, 240-pound senior forward leads Northern Iowa in scoring (15.3 points) rebounding (6.8) and assists (3.3). He was named the Missouri Valley Conference player of the year. He’s versatile — shoots 61 percent from the field but can also make the 3. UNI plays Friday against No. 12 seed Wyoming. Tuttle is a basketball junkie who hopes to coach someday. To get the program back to the Sweet 16 for the first time since its magical run in 2010, “he’s really leaving no stone unturned, as the saying goes, trying to get him better and us better,” his coach, Ben Jacobson, said in an interview with Sports Illustrated.

JAHLIL OKAFOR: The Duke forward is proof that not every potential one-and-doner automatically migrates to Kentucky. Okafor was considered one of the two or three best high school players throughout his prep career, and has lived up to the hype during his freshman year at Duke. He’s averaging 17.7 points and nine rebounds and was the first freshman to be named ACC Player of the Year. Assuming he leaves, he’ll almost certainly be the first pick in the draft later this year. First up: An opening game Friday against either Robert Morris or North Florida.