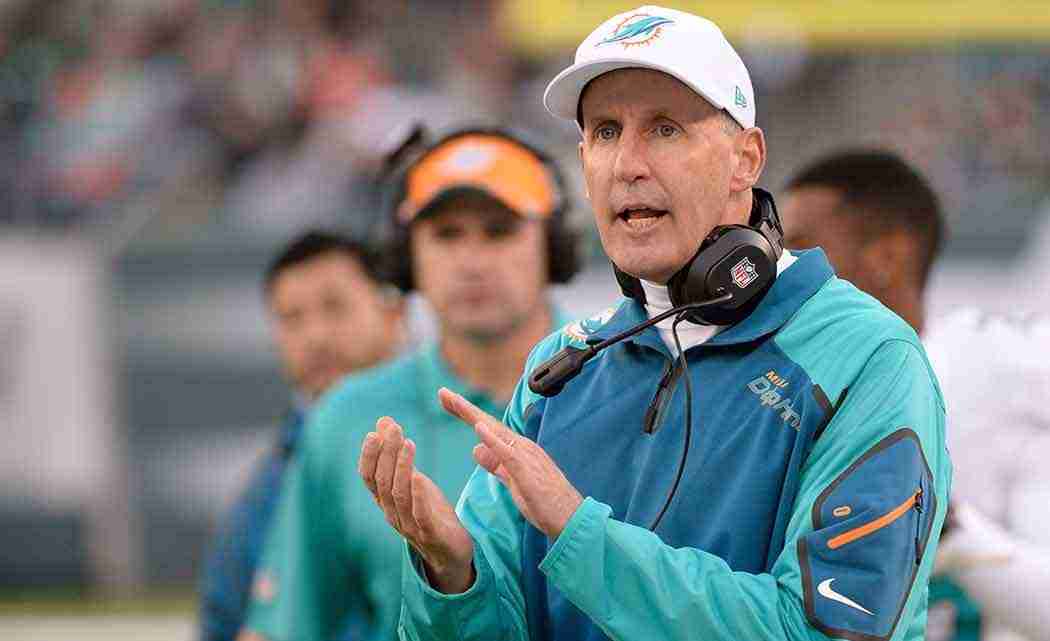 MIAMI — Miami Dolphins coach Joe Philbin drew cheers from his players when he performed at a team rock `n’ roll show this summer, dressed in a white top hat, tuxedo and tails as he rapped an AC/DC tune.

The same old song for Miami? Maybe not. With $114 million newcomer Ndamukong Suh anchoring the defense, and with Ryan Tannehill seemingly poised for a breakout season, the outlook is the rosiest since Philbin and quarterback Ryan Tannehill joined the Dolphins in 2012.

“At this time of year, everybody’s optimistic, everybody’s positive,” Philbin says. “But I think there is some good reason here.”

Then came a solid, largely injury-free exhibition season, raising hopes the Dolphins will end their streak of six consecutive seasons without a winning record, longest in franchise history.

Shoot, they might even make the playoffs for the first time since 2008 – likely a necessity if Philbin is to keep his job. And Miami’s first postseason victory since 2000 isn’t beyond the realm of possibility.

Here are factors to consider as the Dolphins prepare for their 50th season:

A GOOD VIBE: Philbin has heard constant criticism the Dolphins reflect his staid demeanor, to their detriment, and a 2013 bullying scandal created the impression the coach was too detached.

So this year he’s trying to loosen up the mood, with performances by his staff at the rock ‘n’ roll show one example.

Philbin also took the team to see the movie “Straight Outta Compton,” and perhaps more important, he eased up on the training regimen. He and his players agree team chemistry is improved.

“The vibe here is way different,” tackle Ja’Wuan James says. “It seems more team-oriented, and everybody is excited.”

TANNEHILL PAYOFF: During the offseason the Dolphins gave Tannehill a $96 million, six-year extension, and a new cast of receivers. He completed 80 percent of his passes during the exhibition season, and that was without first-round draft pick DeVante Parker, who is expected to help stretch the field.

Tannehill has improved in each of his three seasons, and in 2014 – under first-year offensive coordinator Bill Lazor – he threw for 4,045 yards and 27 scores.

“Our quarterback’s going into his second year in the system, and coming off a year which was his best year of his three,” Philbin says. “We anticipate he’s going to continue to get better.”

SHAKY PROTECTION: Over his first three seasons, Tannehill has been sacked an NFL-high 139 times, and the offensive line remains the Dolphins’ biggest concern. They’re counting on left tackle Branden Albert’s full recovery from reconstructive knee surgery, and on two inexperienced guards. Mike Pouncey has moved back to center, his preferred position, which should help.

DEFENSIVE FORCE: To land Suh, the Dolphins won a bidding war for the top prize in free agency. The contract made him the highest-paid defensive player in league history.

“I’m definitely happy about my life,” he says, “but there’s more to accomplish.”

The three-time first-team All-Pro defensive tackle will strengthen a defense that ranked 24th against the rush last year and allowed 113 points in the final three games as Miami blew a shot at a playoff berth.

With Suh and Pro Bowl end Cameron Wake leading the way, Miami’s front four should rank among the league’s best. But the linebackers are unimposing, and Miami is unsettled at the cornerback spot opposite Pro Bowler Brent Grimes.

“I expect us to be a dominant defense,” defensive coordinator Kevin Coyle says.

STADIUM UPGRADES: Fades in December kept Miami out of the playoffs each of the past two years, and this season’s schedule is backloaded with home games, which might help them avoid another collapse. They’ll be playing in a stadium under construction – renovations costing more than $425 million began in January and won’t be finished until 2016. The completion date on building a playoff team is yet to be determined.