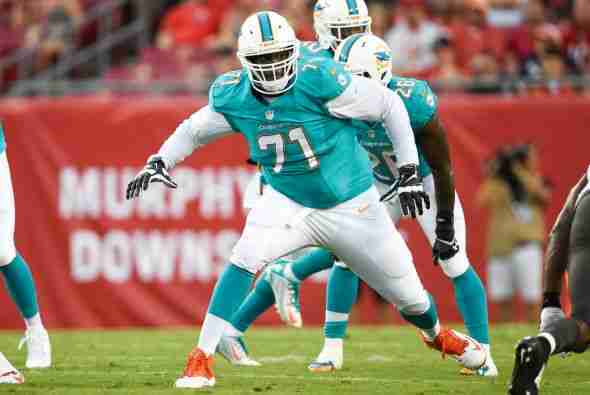 Albert had surgery on his right knee late last season. On Sunday, he participated in limited outdoor drills for the first time during camp. He wore a bulky brace and moved with a noticeable limp. He wore full pads after previously taking part only in warmups and walk-through drills.

Safety Louis Delmas, also recovering from knee surgery, was held out after practicing the first three days. Receiver Kenny Stills was limited because of his calf.

Cornerback Reshad Jones made the day’s biggest play, intercepting Ryan Tannehill’s pass in a red-zone drill and returning it 98 yards for a touchdown.