Dragic not expected to play for Slovenia this summer 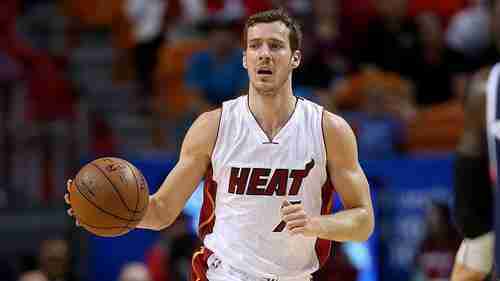 MIAMI (AP) _ Goran Dragic of the Miami Heat is not expected to play for Slovenia in the EuroBasket tournament in September.

Heat President Pat Riley met with Dragic about his invitation to join the team, and it was collectively decided that it would be in the point guard’s best interests to spend the rest of the summer preparing for his first full year in Miami.

Dragic said in April that he was leaning against playing anyway. He cited several reasons, including free agency _ he wound up signing a five-year deal worth just over $85 million _ and that his wife is due to deliver a baby in August.

The Heat acquired him from Phoenix in February. He averaged 16.6 points and 5.3 assists in 26 games with Miami.

Next post How to find healthy eats at Florida theme parks, zoos