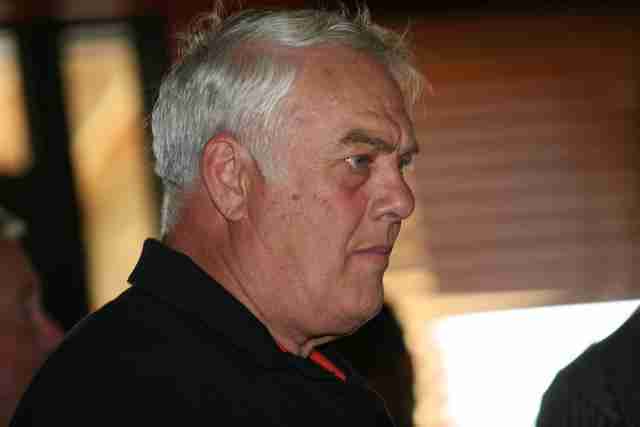 MINNEAPOLIS (AP) _ The NFL draft lasted 20 rounds in 1962, for the 14 teams in the league at the time. More than a dozen centers came off the board among the 280 players who were picked.

His prestige was yet to come.

The Minnesota Vikings stalwart who refused to miss a game while playing one of the most punishing positions on the field outlasted all of the centers drafted the year he turned pro. In fact, his career went longer without interruption than all but a handful of players who have ever been part of the league.

“It’s a well-deserved honor. It should have happened years and years ago,” former Vikings running back Dave Osborn said. “We all feel a lot of joy for him.”

Tingelhoff, nearly 37 years after he played his last game, will be inducted Saturday at age 75 into the Pro Football Hall of Fame in Canton, Ohio, along with Jerome Bettis, Tim Brown, Charles Haley, Bill Polian, Junior Seau, Will Shields and Ron Wolf. After failing to make the cut through the regular voting process, Tingelhoff was nominated by the Hall of Fame’s senior committee for consideration by the board of electors.

Finally, in January, he was in. His quarterback, Fran Tarkenton, will introduce him.

“Fran is really a sharp guy, a good talker, smart,” Tingelhoff said. “He’s a real good friend. He’s been a big supporter. It was an easy decision.”

Did Tingelhoff ever think the day would come?

“Not really,” Tingelhoff said last weekend at Vikings training camp before a send-off event the team held in his honor, with several former players and many of his family members present at Minnesota State University in Mankato.

That frank response was fitting, given his no-nonsense style. Rather undersized with his listed 6-foot-2, 237-pound frame, Tingelhoff was a farm boy who played for his home-state school, Nebraska. The Vikings saw enough potential to pick him up as an undrafted prospect, and he took care of the rest.

“Mick was a catalyst for our team and one of the most respected players on those teams,” his coach Bud Grant said. “I have no doubt that had he not played center he would have been a Hall of Fame linebacker. He played center with the mentality and tenacity of a linebacker. Mick’s intangibles were the thing that made him so great. He was a captain the whole time I coached him, and guys looked at him as an example of how to do things.”

Only Brett Favre (297) and Jim Marshall (270) have started more consecutive regular-season games in NFL history than Tingelhoff, who stepped right in as a rookie and anchored the offensive line for 240 straight games through 1978. He was an All-Pro five times between 1964 and ’69, missing in 1967.

Tingelhoff also started 19 playoff games over those 17 seasons, while serving as the long snapper, too. Tingelhoff has been feeling the toll on his body from that repeated banging against defensive linemen and linebackers. His cognition has been in decline, so his acceptance speech will be short. Tingelhoff was one of the hundreds of former players who signed on to the concussion lawsuit against the NFL, accusing the league of misleading players about the long-term risks of returning to play after suffering a concussion.

Tingelhoff will be the sixth player to reach the Hall of Fame from the core of Minnesota’s dominant-yet-unfulfilling teams that went to, and lost, four Super Bowls in the 1970s. Tarkenton (inducted in 1986), defensive tackle Alan Page (1988), safety Paul Krause (1998), offensive tackle Ron Yary (2001) and defensive end Carl Eller (2004) were the teammates who went before him. Grant was inducted in 1994.

The Vikings will now have 13 representatives in Canton who spent more than three years with the club.

Page, Krause and defensive end Jim Marshall were also notable ironmen of that era. None of them could top Tingelhoff’s durability, though.

Just like almost every other player in NFL history.