Durant: ‘I can’t wait to play the game I love again’ 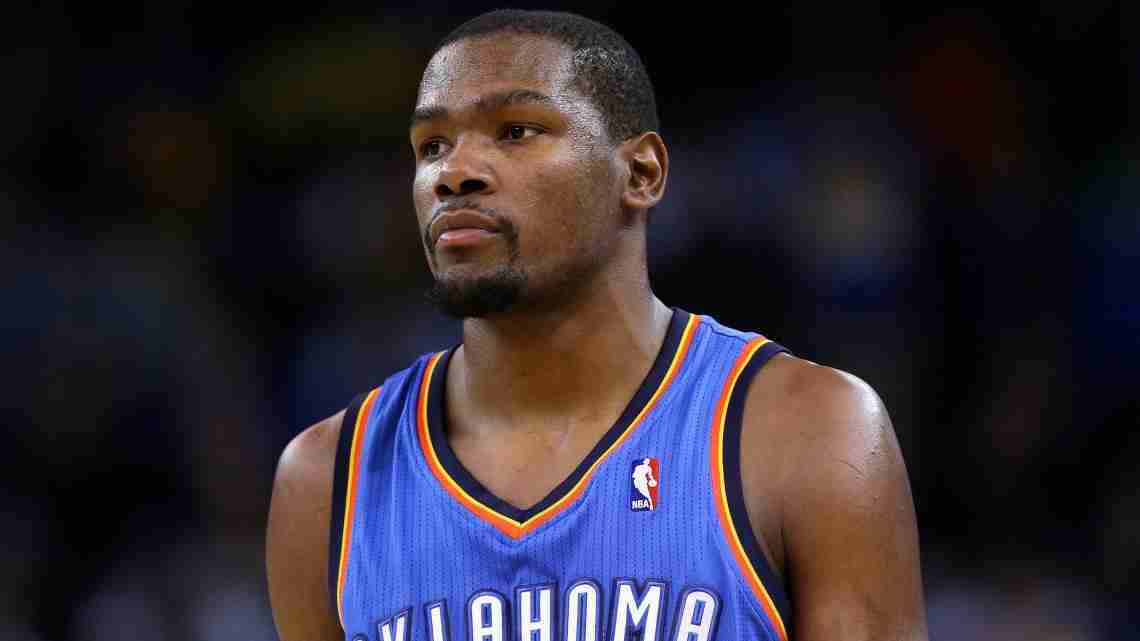 Next season is his only priority at this point.

The Oklahoma City star _ limited to 27 games last season because of injuries _ was at the NBA summer league games in Orlando on Saturday, and said he would be ready for next season and he hasn’t thought about the summer of 2016 when he likely will be the biggest domino in a free-agent class that already seems certain to earn incredibly large deals as the league’s salary cap skyrockets.

“I haven’t thought about it,” Durant said before the Thunder summer team played its opening game. “I hear it all the time but I’m really just focusing on rehab. I can’t get there unless I take care of today, so that’s how I try to look at it even though I hear it from every side, thinking past to next summer. I’m not even trying to focus on that. I’m excited about our team, new coaches and just trying to get back right.”

He watched OKC’s game with new Thunder coach Billy Donovan, who isn’t leading the summer squad but is obviously overseeing the club. At one point, Donovan spoke for more than a minute during play, pointing at various things while Durant kept nodding and absorbing what his new coach was saying.

It can hardly be considered a surprise that Donovan is trying to fast-track building a relationship with Durant.

“Coach D’s been working me out this past week, so it’s pretty cool to see your head coach on the floor with you, putting in work with you,” Durant said. “It’s like he’s been on this journey with me since he got in. That’s making us closer.”

The 2014-15 season was likely one that Durant can’t wait to forget.

He had surgery to repair a Jones fracture in his right foot in October, was back on the floor in December and lasted only nine games before having to sit again with a sprained ankle _ an injury that came in a game against Golden State when he had 30 points in less than 19 minutes. The Thunder had won seven straight games at that point before losing Durant that night in what became a loss to the Warriors.

Durant missed more time in late January and early February, uncharacteristically lashed out at reporters in a media session on All-Star weekend _ “I let a lot of stuff bother me, I read a lot of stuff that I shouldn’t have, lesson learned for me,” he said Saturday in a very friendly eight-minute interview with reporters _ and then got shut down for the rest of the season in mid-February.

With him, the Thunder were 18-9. Without him, they were 27-28, wound up missing the playoffs and coach Scott Brooks then got fired.

“The toughest year I’ve ever been through in my life as far as basketball is concerned,” Durant said. “Just to get back on the floor, all that other stuff really doesn’t matter to me. Everything, all that stuff, distractions, all that type of stuff, they don’t matter because I get to do something I love again, hopefully. I can’t wait to get back out there and be fully cleared to play.”

He is already a four-time NBA scoring champion and doesn’t even turn 27 until September. He might not even be in his prime yet. Teams will do whatever they can next summer to get him, much in the same way LeBron James was pursued in 2010 when he wound up signing with the Miami Heat.

For now, Durant said, everyone else can focus on that. He is just trying to play.

“To be honest, my main thing is getting rid of distractions,” Durant said. “No matter what, just focusing on what I have to do. I can’t wait to play the game I love again.”

That being said, well over $1 billion in newly issued contracts will start getting signed Thursday when the NBA’s offseason moratorium on player movement ends.

Durant is fully aware of who is getting what, and what is happening in the market. This time next year, he could be the most coveted prize.

“It’s a fun time to be in the NBA,” Durant said. “You’re seeing all these moves being made, guys getting an opportunity to take care of their families by getting these big contracts. Man, it’s beautiful to see.”

Next post Fewer state residents admitted to University of California