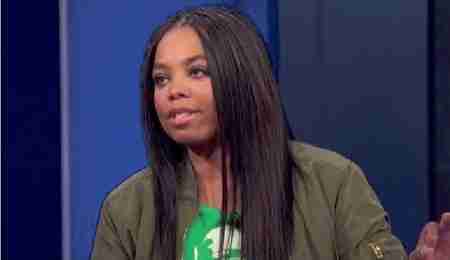 Jemele Hill on Wednesday addressed the “elephant in the room” in her words, sending a statement via Twitter about the controversy in which she’s involved.

NEW YORK — ESPN says it has accepted the apology of its “SportsCenter” host Jemele Hill for tweeting this week that President Donald Trump was a “white supremacist” and “bigot.”

The network and Hill delivered statements shortly before midnight, hours after White House press secretary Sarah Huckabee Sanders on Wednesday called Hill’s comments outrageous and something that could be considered a fireable offense by ESPN.

Hill publicly apologized for the trouble she’d brought on her employer.

Hill, who is African American, became the latest public symbol of the nation’s political divisions this week after some exchanges on Twitter. She called the president “a white supremacist who has largely surrounded himself w/ other white supremacists.” She wrote that he was “the most ignorant, offensive president of my lifetime.” She called him a bigot and said it was the height of white privilege to ignore his white supremacy because it wasn’t a threat.

ESPN distanced itself from Hill’s remarks on Tuesday and, following Sanders’ statement at the White House briefing, did so again.

“Jemele has a right to her personal opinions, but not to publicly share them on a platform that implies that she was in any way speaking on behalf of ESPN,” said Josh Krulewitz, network spokesman. “She has acknowledged that her tweets crossed that line and has apologized for doing so. We accept her apology.”

Hill appeared in her regular co-hosting slot Wednesday evening, talking about the Cleveland Indians and pro football but not her foray into politics.

Later, she tweeted a statement to “address the elephant in the room.”

“My comments on Twitter expressed my personal beliefs,” she wrote. “My regret is that my comments and the public way I made them painted ESPN in an unfair light. My respect for the company and my colleagues remains unconditional.”

Hill was supported by the National Association of Black Journalists, which issued a statement saying it “supports Hill’s First Amendment rights on all matters of discussion, within and outside the world of sports, as they do not impinge on her duties as a host and commentator.”

Debate over her remarks and right to say them reverberated across social media.

Next post Timmons future with Dolphins uncertain after disappearance