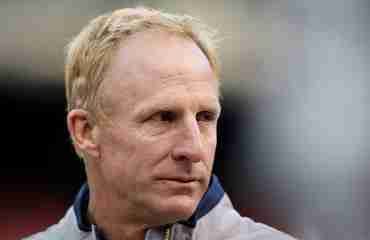 Penn State says Jim Haslett will work with its offensive, defensive and specials teams coaches and serve as a “sounding board” for the staff.

The 59-year-old Pittsburgh native played linebacker at Indiana University of Pennsylvania and was the NFL’s defensive rookie of the year in 1979 with the Buffalo Bills.

Haslett led the Saints to a 10-6 record and a division championship in 2000, his first season as head coach.

He was fired in 2005 after the Saints went 3-13 while playing home games in Baton Rouge, San Antonio and New Jersey due to damage at the Superdome.

Haslett’s stint as defensive coordinator for the Washington Redskins ended in December.

Next post THE LATEST: Greek banks get more emergency credit