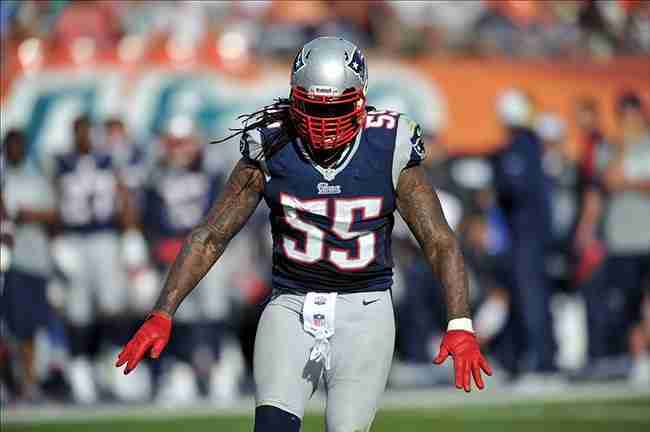 Spikes appeared Wednesday in court in Wrentham, Massachusetts, where he admitted negligent operation of a motor vehicle, leaving the scene of personal injury, operating an uninsured vehicle, speeding and a marked-lanes violation.

Defense attorney Christopher Belezos says Spikes wanted to take responsibility and move on with his life.

State police found Spikes’ damaged Mercedes-Benz Maybach abandoned June 7 in the Interstate 495 median in Foxborough. At about the same time, police got a report a Nissan SUV had been struck from behind by a vehicle that left the scene. Three people were treated for minor injuries.

“I told the coach at my first practice that I don’t want to be timed. I’m just here for fun and just to get good exercise in,” Torres said. “Sometimes you have some of the guys trying to race you, or you can see out of the corner of your eye when you’re taking a breath that they’re trying to race you.

“I say to myself, `Ok, no way, I can’t let this guy beat me.’ I think I’ve been pretty good for the most part, but the competitiveness comes up sometimes.”

She said she has no regrets about how her career ended three years ago.

“In one aspect, obviously, it was sad. Another aspect, it was a relief knowing I gave it everything I had and I can look back and safely say there was nothing else I could have done,” she said. “The worst feeling would be thinking I should have done this, I should have done that. I didn’t have that. I thought when I got out that everyone would be consoling me. My mom was crying, my daughter was crying. I had to go console them instead of me being consoled.”