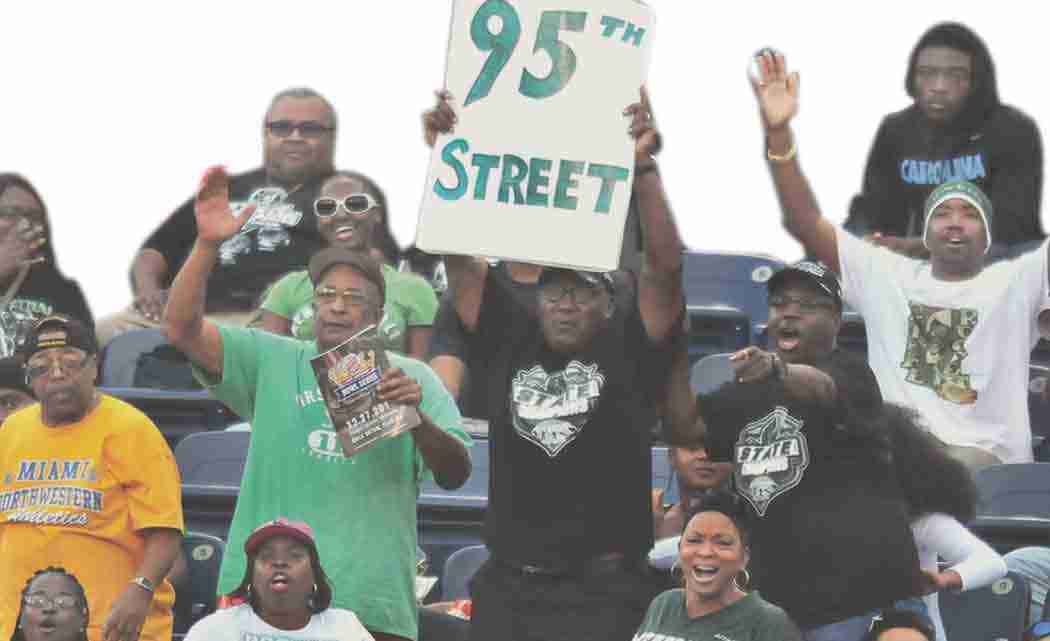 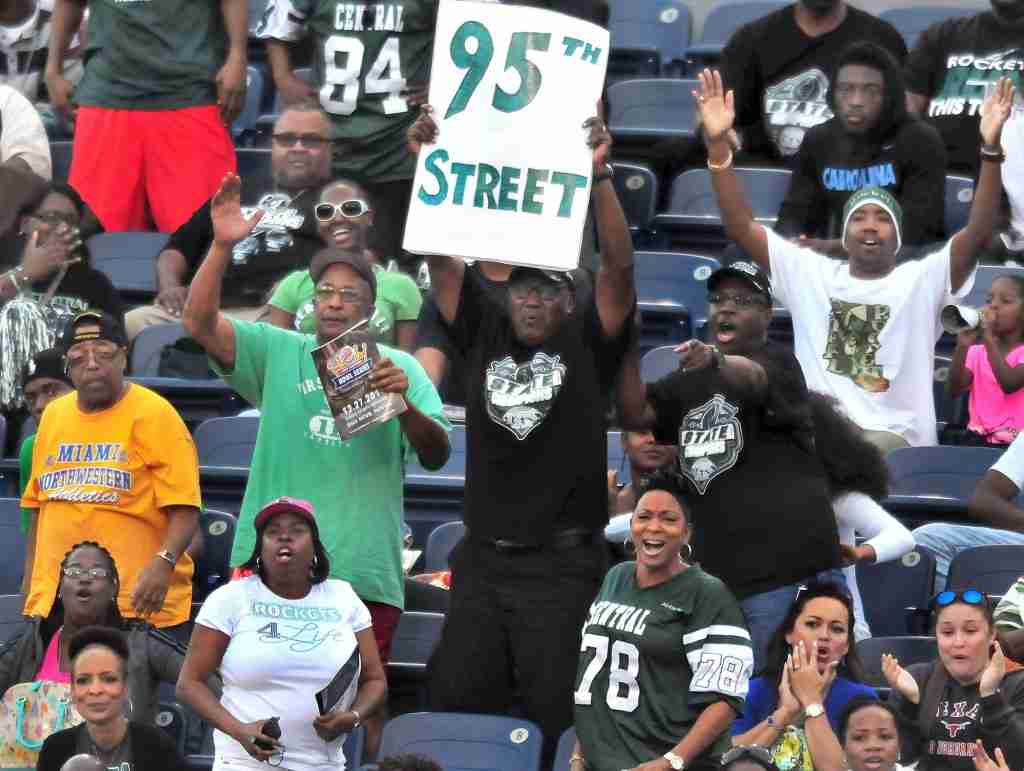 TOUCHDOWN: Miami Central High School fans react to a first-quarter score that put the nation’s No. 6 team up 10-0 toward a 37-27 victory over Bothell (WA), in the second game of the inaugural State Championship Bowl Series, Saturday at FAU Stadium in Boca Raton. Fourth-ranked Miami-Booker T. Washington delivered No. 8 Bingham (of South Jordan, Utah) a 34-28 overtime, comeback defeat in the finale of the daylong, three-game event. 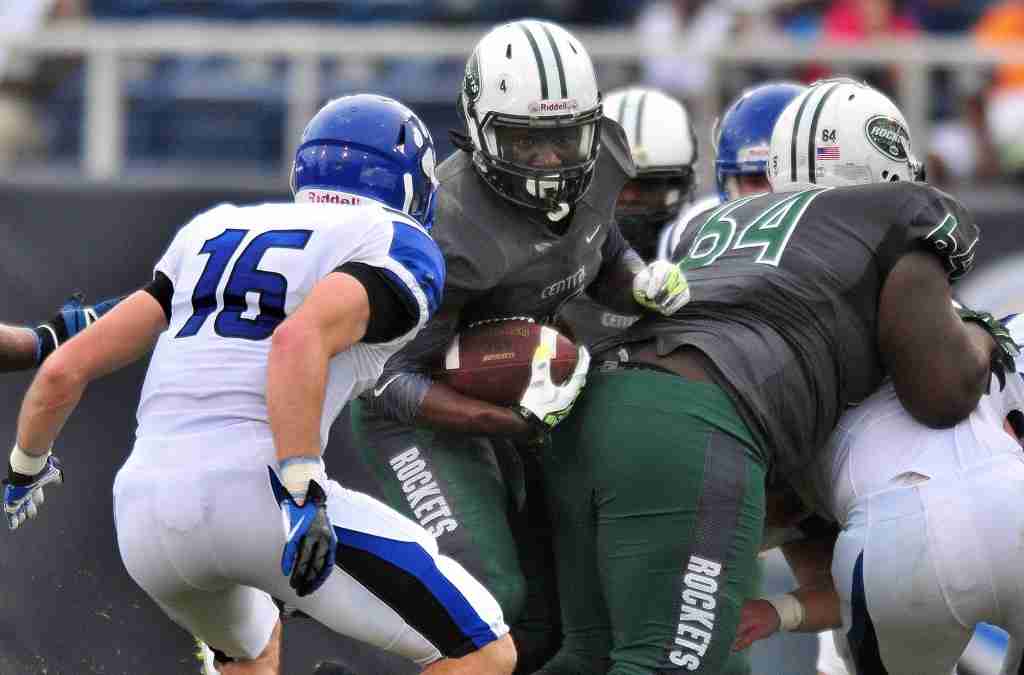 NOT SO FAST: Miami Central’s Anthony Jones (No. 4) looks for running room as Washington state Bothell’s Tongi Langi (No. 16) prepares to make the tackle in the second quarter of State Championship Bowl Series game 2 on Saturday at FAU stadium in Boca Raton