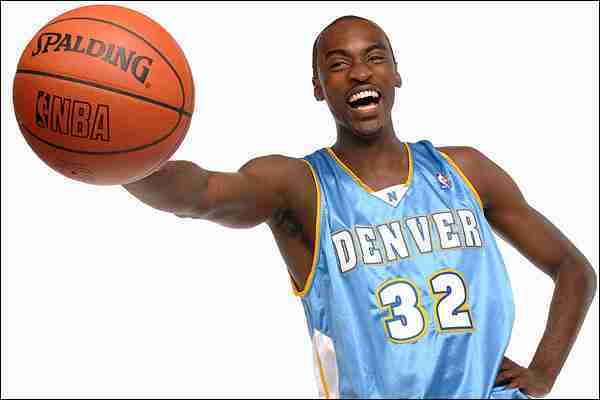 BUFFALO, N.Y. (AP) _ From NBA first-round draft pick to playing in Vietnam and many points in between, Julius Hodge is prepared to start his post-professional basketball career at the University at Buffalo.

Hodge on Monday was named the Bulls director of player development under new coach Nate Oats.

“I’ve enjoyed every second of it, through the good and indifferent,” Hodge said of his playing career. “And it’s all led to me being part of the staff here in Buffalo.”

Hodge persevered through several ups and downs, including a life-threatening experience in April 2006, during his rookie season with the Denver Nuggets. He nearly bled to death after being shot four times while driving on a Denver highway.

“Every day, I know how blessed I am,” the 32-year-old said. “I think that situation in an odd way has helped me mature in ways where I’m only putting myself in situations where only success can derive from it.”

The former shooting guard was the ACC’s 2004 player of the year at North Carolina State. Hodge was selected by Denver with the 20th pick in the 2005 draft. He appeared in just 23 games over two seasons split between Denver and Milwaukee.

Hodge embarked on a global basketball journey after being waived by the Bucks in 2007. He eventually went on to play for 12 teams spread across Italy, Australia, Vietnam, France, Lebanon and Great Britain.

His pro career ended in Britain last December when he was released by Cheshire for what the team called “a series of misconduct related incidents.” The team did not reveal the misconduct.

Hodge said there was no misconduct on his part. He said the team was not meeting provisions in his contract and decided to cut him rather than pay him.

Hodge said the contract dispute was settled in February, when Cheshire agreed to pay most of what he was owed.

“My time there in Cheshire, to be honest, I loved every second of it,” he said. “It just came to where off the court and living conditions didn’t meet up to the standards that were put in my contract.”

Hodge, who spent a few months working as a broadcaster for the ACC Network, believes he can draw on his many experiences to mentor college players.

Oats sees a fit, too, after developing a relationship with Hodge over the past few years.

“His experiences throughout his basketball career give him instant credibility with our players,” Oats said.

Oats spent the previous two years as an assistant at Buffalo, and took over the Mid-American Conference program after Bobby Hurley was hired by Arizona State last month.