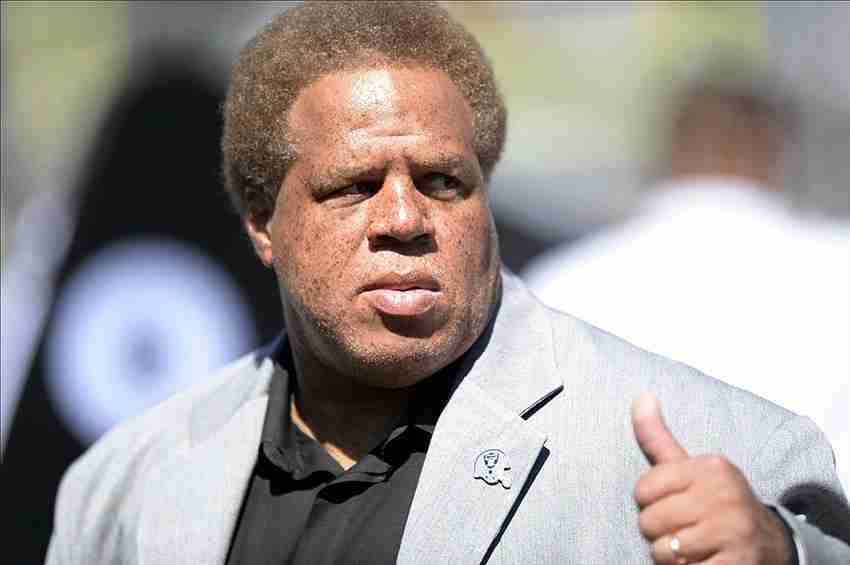 By COREY WILLIAMS
HIGHLAND PARK, Mich. (AP) _ The weeds and wild grass rose well above Reggie McKenzie’s knees as the former NFL star walked the field bearing his name in the small Detroit enclave of Highland Park. With two weeks until the start of the youth football camp he’s been running for four decades, the city-owned field had yet to be mowed _ and something had to be done.

McKenzie, who starred on the gridiron at Highland Park High School and the University of Michigan before spending 13 years in the NFL, said he spent about $700 to make the field usable in time for the 3-day camp for several dozen teens and pre-teens.

“If I gotta get it cut to have my program, well, I got to get it cut,” said McKenzie, whose camp counts NFL players as alumni.

Highland Park has more pressing needs. The 3-square-mile city, the birthplace of Henry Ford’s assembly line, is among the poorest communities in the U.S. Drowning in millions of dollars in water debt to Detroit, it was determined last year to be in a financial emergency.

It is among several Michigan cities struggling to pay off mountains of debt while providing basic city services. Highland Park recreation director Michael Drain said public works crews typically cut the grass every week and a half and showed up after McKenzie had the field mowed.

“They are really short-staffed, and there are so many vacant lots in the city and they have to get to those,” Drain said.

Highland Park rose and fell with Detroit’s auto industry. By 1919, half the cars in the world were Model Ts, many of them built in Highland Park. Business leaders lived in spacious homes on tree-lined streets.

McKenzie, 64, said he understands Highland Park’s troubles. But he added: “Sometimes people make things seem that they are harder than they really are.”

The field is still far from manicured. The former press box is likely beyond saving. Birds nest in the broken plywood flooring, sharing the two-story cinderblock building with the occasional homeless person. Basketball courts are overgrown with cracked hardtop.

But that didn’t stop this year’s camp participants.

“Everybody’s out here working,” said 14-year-old Baron Sholar. “Lot of sweat going on. Little kids working out. I like it.”

McKenzie, a member of Buffalo’s famed “Electric Company” offensive line, finished his playing career in Seattle and later worked in the team’s front office. He now runs an industrial materials business and a foundation focused on education and sports for young people, both of which bear his name.

He also wants to make sure kids have something more than what he did as a youth.

“Whenever we got a little piece of grass when we were growing up, we would go play tackle. Back then, it wasn’t a whole lot of grass,” he said. “Football was fun and that’s why I still do the football camp.”

Next post Consider the financial implications of lengthy auto loans