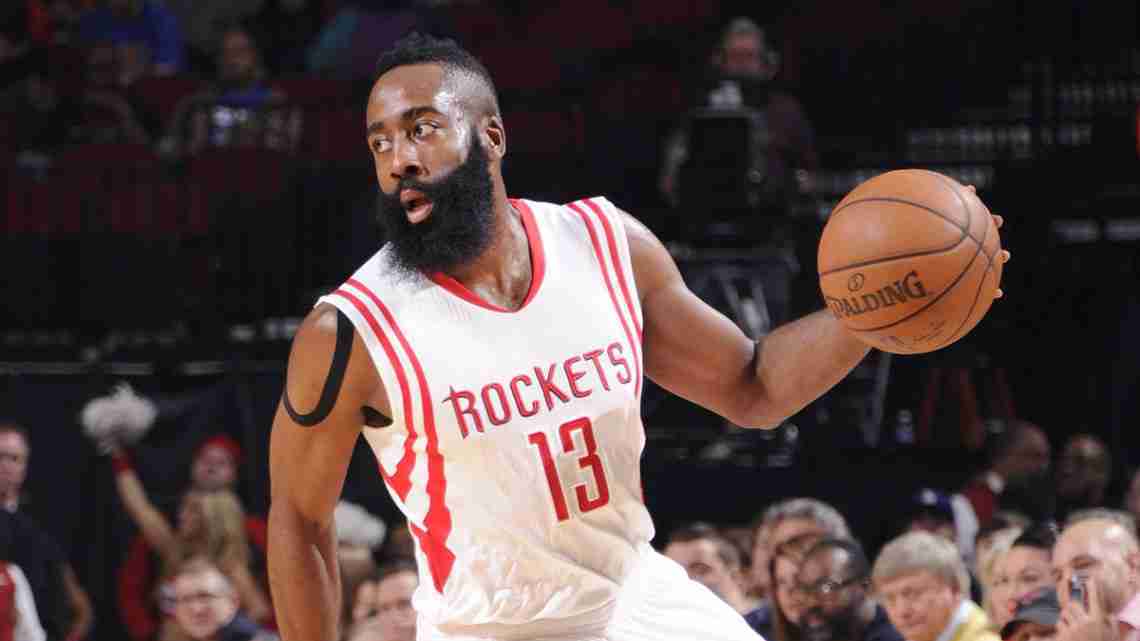 HOUSTON (AP) _ James Harden was not happy after a poor performance in Houston’s embarrassing loss to Golden State in Game 3.

Coach Kevin McHale told him the best thing to do was take that frustration out on the other team.

Harden did just that, scoring a playoff career-high 45 points as the Rockets led from start to finish to avoid elimination in the Western Conference finals with a 128-115 victory over the Warriors on Monday night.

The Rockets had a big lead after tying a playoff record with 45 points in the first quarter before Stephen Curry landed on his head in a nasty spill midway through the second and missed about 12 minutes.

Curry said he went through the concussion protocol before returning.

“It was all minor stuff compared to how it looked,” Curry said. “But I’ll get some good rest (Monday night) and be ready to go … since it happened to now, nothing has gotten worse.”

His first field goal after returning came on a 3-pointer that got Golden State within six points with less than 8 1/2 minutes remaining. But Harden, who had 17 points in the fourth quarter, scored the next seven as part of 10 straight by Houston to push the lead to 114-98.

“I always want to take it out on my opponent in a good way,” Harden said. “Just being aggressive, taking shots, getting to the basket, not really forcing anything and allowing the game to come to me.”

Klay Thompson had 24 points and Curry added 23 for Golden State, which moved a win away from its first trip to the NBA Finals since 1975 after routing Houston 115-80 on Saturday night to take a 3-0 lead.

But the Warriors couldn’t put the Rockets away and will try again at home in Game 5 on Wednesday night.

Dwight Howard had 14 points and 12 rebounds, and received a flagrant 1 foul early in the third quarter after throwing an elbow at Andrew Bogut’s head. He would be suspended by accumulation of flagrant foul points if the NBA upgrades it to a flagrant 2 after review.

“I hope not,” Howard said when asked about that possibility. “But there’s nothing I can do about it at this point. It’s never my intention to hurt anybody on the floor. My reaction was to try to get him off me, but I can’t react that way.”

The Warriors made 20 3-pointers and Houston had 17 to set an NBA record for most 3-pointers combined in a playoff game.

The Warriors used the Hack-A-Shaq technique on Josh Smith and got two 3-pointers from Curry to go on a 10-2 run to get within 10 with 4 minutes remaining. A dunk by Andre Iguodala got them within eight with about 2 minutes left, but Harden answered with a 3-pointer to shut the door.

Curry was injured after he jumped in the air as Trevor Ariza was about to go up for a shot. Ariza saw him and stopped abruptly, causing Curry to be upended in midair when he crashed into Ariza’s shoulder. His head hit the court and it propelled him up and back onto the floor, where he remained for several minutes.

Curry looked dazed as he was attended to before slowly getting up and walking off the court.

Ariza didn’t realize who it was that sailed over him until the play was over.

“I was just trying to pump fake and get somebody off their feet,” Ariza said. “I didn’t know that he flipped over … it wasn’t intentional or anything like that.”

Curry was called for a foul on the play and Ariza made both shots to extend Houston’s lead to 57-36 with about six minutes until halftime.

Thompson picked up the slack with Curry out, hitting four 3-pointers in a 23-9 run that get the Warriors within 66-59 with about 30 seconds left in the first half. But Jason Terry hit a 3 as the shot clock expired to put Houston up 69-59 at halftime.

The Rockets led by nine when Curry re-entered the game midway through the third quarter. He shot an airball on his first shot after returning and his second try was blocked by Terrence Jones.

The Rockets jumped out to a 12-0 lead thanks to eight points by Josh Smith and five straight missed shots by the Warriors to start the game. Smith’s hot shooting continued throughout the quarter and he made all five shots, including three 3-pointers, he attempted in the period.

The Rockets made 17 of 22 shots overall in the quarter and were an astounding 8 of 9 from 3-point range to lead 45-22 entering the second. Houston’s 45 points tied a franchise record for points in a quarter in the playoffs that had stood since 1980.

Harden blocked a shot by Harrison Barnes and grabbed a rebound with 0.4 seconds remaining in the first half. He put up a shot from the opposite lane and it swished the net. But referees waved it off, ruling he got it off too late.

Fans were advised to remain in their seats and not to leave the arena immediately after the game because of severe thunderstorms and flash floods in the area. The players were asked not to leave either. When someone’s phone beeped loudly with a flash flood warning during Howard’s postgame press conference he shook his head and said: “It’s bad outside.”

Warriors: Shaun Livingston started the second half in place of Curry and finished with four points. … Draymond Green had 21 points before fouling out in the fourth quarter.

Rockets: This was Harden’s fifth game this postseason with at least 30 points. … All of Houston’s starters scored at least 10 points. … Smith finished with 20 points.

Next post LeBron, Cavaliers limping their way toward NBA Finals