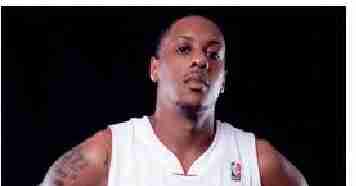 MIAMI – Mario Chalmers’ phone has been ringing for the last few weeks, the calls coming from teams curious about how his recovery is progressing.

He’s about to have a concrete answer.

Chalmers is on target to be cleared for full basketball activity this week, eight months after rupturing his right Achilles tendon. He thinks he could be on an NBA floor again by early December.

“Right now, I can pretty much do everything,” Chalmers said. “ I’ve been on the court the last two, three months just working on getting back. I’m back to sprinting, running and jumping.”

He’s always been supremely confident in his game. That hasn’t changed.

“Never will, either,” Chalmers said. The 30-year-old was a starter on Miami’s title teams in 2012 and 2013 _ among active players, only Tony Parker has also been a starting point guard on multiple championship squads. Miami went to the NBA Finals in four straight seasons when Chalmers was with Dwyane Wade, LeBron James and Chris Bosh, but the 2014 title series still causes Chalmers some angst.

So he’ll look to sign with a title contender.

Chalmers knows it’ll be a prove-yourself deal for the rest of this season, and that he’ll almost certainly be asked to serve in a backup role. He’s fine with that, saying a chance is all he needs right now.

“There’s a lot I can share. And whatever nervousness I have coming back, it’s all going to be gone as soon as that first shot goes in.”