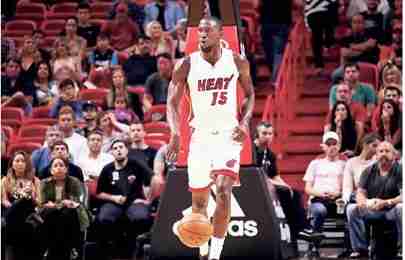 MIAMI – The Miami Heat have signed forward Okaro White to a 10-day contract.

White was with the Heat for the summer league last year and training camp before this season. Tuesday’s move means he becomes the 16th name on the roster. Miami received permission from the NBA to exceed the 15-player limit because a number of players are sidelined by injury and illness.

White averaged 18.4 points and 8.7 rebounds in 23 games for Miami’s NBA Development League affiliate in Sioux Falls. For the Heat in preseason, he averaged 5.7 points in six games.

The Heat have been without All-Star forward Chris Bosh all season. Curently, Josh McRoberts, Josh Richardson and Justise Winslow are sidelined by injuries.