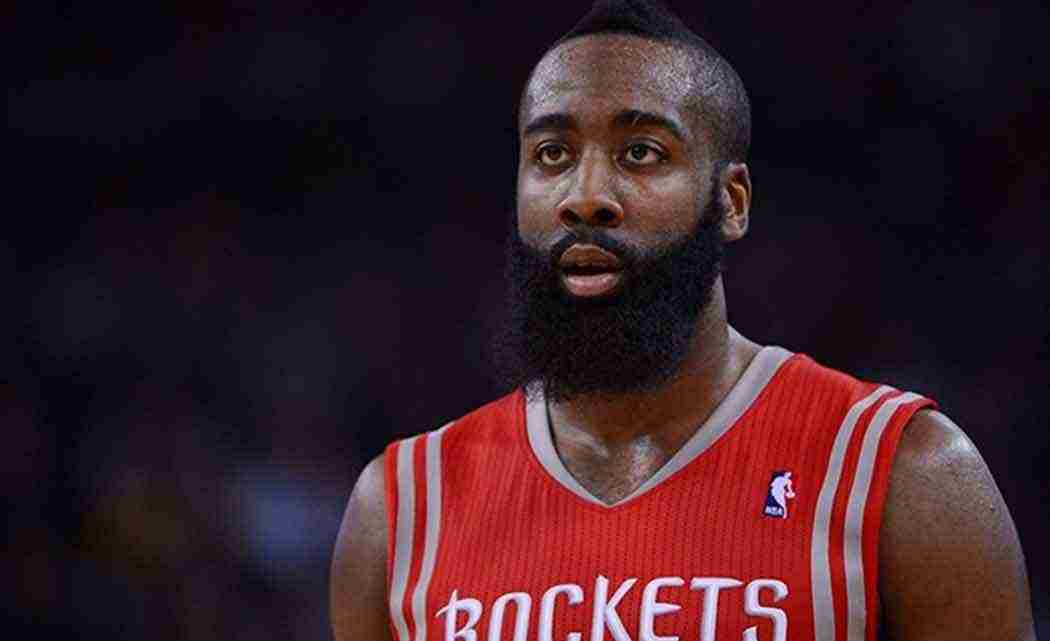 HOUSTON (AP) _ Whether he’s stirring the pot after a big shot or flailing his arms to draw contact en route to the basket James Harden evokes strong reactions from fans and players alike.

The internet abounds with people complaining that his game isn’t aesthetically pleasing, but he’s even tougher to stop than his game is to like.

The Warriors did shut him down on the final play to take a 2-0 lead in the Western Conference finals. There is a lot of ongoing chatter about his decision to pass the ball to teammate Dwight Howard at the 3-point line in the final seconds. The talk will likely continue until Game 3 tips off on Saturday.

But the discussions won’t deter the Rockets’ bearded star as Houston looks to hold serve at home. And whatever success they have, it will start with Harden.

Opinions vary, but everyone who knows basketball seems to respect the game of arguably the best shooting guard in the NBA _ especially the Warriors.

“He gets a head of steam going towards the rim, and it’s tough to stop,” Warriors coach Steve Kerr said.

Harden has one of the most complete offensive arsenals in the league.

“Obviously he can shoot that pull-up shot, and he can get all the way to the rim, and he’s a great passer … we try to do what we can to slow him down, make him take tough shots, and sometimes it works, sometimes it doesn’t,” Kerr said.

Don’t forget this 3-point range and that he is shooting 90 percent from the foul line.

But Harden, the MVP runner-up to Golden State’s Stephen Curry, just doesn’t have a game as lovable as other stars. He doesn’t have Curry’s flair, doesn’t dominate like LeBron James or wow fans with Derrick Rose-like athleticism.

Nonetheless, he gets it done _ often by getting to the line.

Harden led the league in the regular season in both free throw attempts (824) and free throws made (715) in a season where nobody else compared to his knack for getting to the line. Second-place Russell Westbrook attempted 170 fewer free throws than Harden and made 169 less.

He got to the line 10 times a game in the regular season and is averaging 10.1 trips in the postseason.

“He does a great job of swinging his arms out and trying to seek out contact,” Golden State’s Andrew Bogut said. “It’s kind of an unorthodox basketball play, but he’s very smart with it.”

And he’s left-handed, which some would say is also an advantage.

Harden handles the ball more like a point guard, and teams throw several different guys at him to try and slow him down. The Warriors have tried it.

He scored 28 points in Game 1 against Golden State and poured in 38 in Game 2. Though the Rockets couldn’t steal a road win, they feel good.

“We had plenty of opportunities to win both of the games, so we have all the confidence in the world,” said Harden, who is doing a bit of everything for the Rockets.

“We have to stop him from going downhill,” Golden State’s Andre Iguodala said. “When the guy gets downhill, he’s either going to get a basket or an assist or get the benefit of the doubt with the whistle. It’s tough, but we’ve got to stop it.”

Klay Thompson said the goal is to force Harden right so he’s using his non-dominant hand.

“But he’s got incredible ball skills,” Thompson said. “He’s a great ball-handler, he’s a big, strong guy. He lulls you to sleep, and he’s a great finisher.”

Then there’s that celebration once he gets “cooking.”

Houston fans love Harden’s pot-stirring gesture and many have started wearing chef’s hats to pay homage to it. Harden said it’s caught on with non-Houston fans, though not always in support of the bearded one.

Clippers guard Austin Rivers mocked it when he got on a hot streak in their series against Houston.

It didn’t faze Harden, who said he’s “just trying to be who I am and just go out there and make an impact on the game of basketball and for myself.”

The Rockets hope he can stir it up enough for win in Game 3.