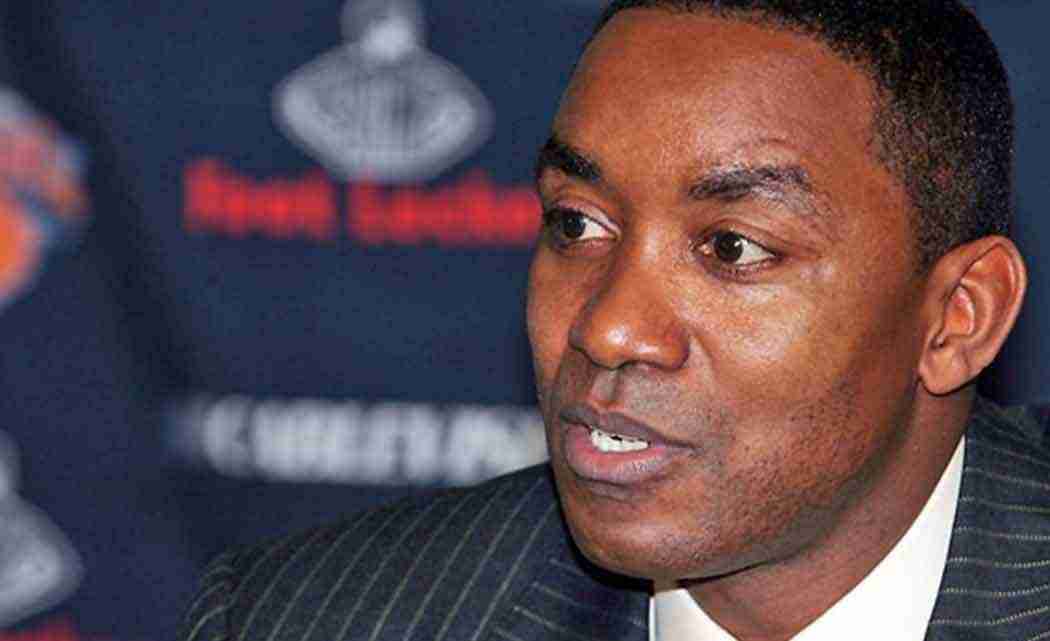 Thomas didn’t reject the notion that someday he could return to the NBA. The new president of the New York Liberty was introduced Thursday after being rehired by Madison Square Garden Chairman James Dolan.

Thomas added, “you never know where life will take you,” when asked if he would entertain coming back to the league.

Thomas, Dolan and Madison Square Garden were the subject of a sexual harassment lawsuit brought by former Knicks executive Anucha Browne Sanders that cost Dolan and the Garden $11.5 million in a settlement.

Liberty coach Bill Laimbeer dismissed any notion that Thomas might have any influence on the Knicks. Laimbeer, a former teammate with Thomas on the Detroit Pistons, said Thomas told the Liberty organization that he wouldn’t go near the Knicks.

“No way, no way shape or form,” Laimbeer said. “He’s made it clear to me and everybody that world is nonexistent. If you go down that road, it would be the stupidest thing you do. It’s a clearly defined giant brick wall between the two situations. He’s all about the Liberty, and he’s entered in this with ownership capacity.”

Thomas still needs approval from the WNBA Board of Governors after submitting his ownership application to become Liberty part-owner with Dolan. WNBA President Laurel Richie told The Associated Press last week she hopes it is resolved before the season starts June 5.