It’s been a season of coaching stability, rare for the NBA 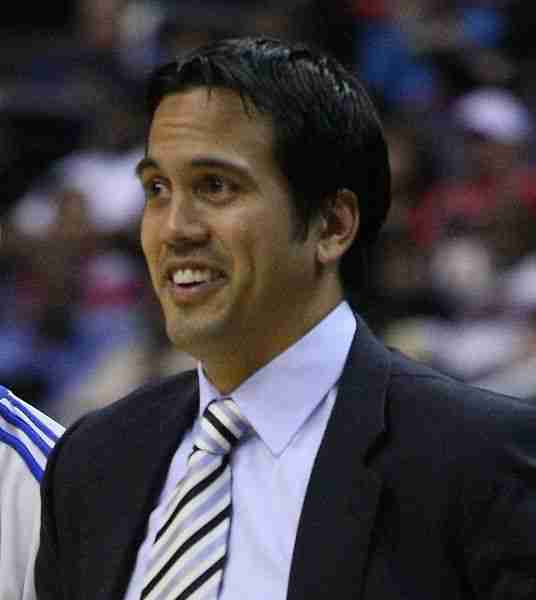 MIAMI (AP) – There were 10 coaching changes in the NBA during this past offseason, an unusually high number.

Stability has somehow reigned since.

With less than a month remaining in the regular season, all 30 coaches who started back in October are still in their jobs. If that holds, this would be the first time in 53 years that no team has made an in-season change for any reason.

“I’m obviously a big fan of all the guys that coach in this league,” said Dallas coach Rick Carlisle, who also serves as president of the National Basketball Coaches Association. “I know them all well. They’ve all earned their positions. And this league should be a stable league.”

The only seasons where there wasn’t at least one in-season change were 1960-61 (an eight-team NBA) and 1963-64 (a nine-team NBA). The Toronto Huskies had four different head coaches in 1946-47 – the league’s first season. Technically, 1954-55 would have been coaching-change free if the Baltimore Bullets hadn’t replaced Clair Bee with Al Barthelme three games before the franchise disbanded.

Out of the current 30 coaches, 12 have been in their current job for less than two seasons. There have been more than 230 coaching changes since Gregg Popovich took over in San Antonio in 1996, and 100 since Miami’s Erik Spoelstra got promoted to the first chair by the Heat in 2008 – just a few days before Carlisle became Dallas’ coach.

“It’s a little bit skewed,” Spoelstra said, noting the zero moves this season come after an offseason of widespread change. “I wouldn’t necessarily jump to that conclusion that organizations have changed their perception and won’t pull the quick trigger. It’s never just about coaching. It has to be a collaboration, with players, with personnel and most importantly with personnel and management. Thank God we have that here.”

Combined, the league’s current coaches have 11 NBA titles as head coaches. Popovich (5), Spoelstra (2) and Carlisle (1) have eight of those.

Maybe that shows the worth of franchise stability, or shows the consequence that comes with not winning the ultimate prize.

“Patience usually pays off,” said New Orleans’ Alvin Gentry, who has been involved in six in-season coaching changes – three times as the coach coming in, three times as the coach who’s out. “Sometimes there’s extenuating circumstances as to the adjustment of your team and becoming consistent and things like that. I think you have to be patient and understand that sometimes it doesn’t happen overnight.”

Golden State and Houston get plenty of notoriety for what they do from 3-point range.

Quietly, both teams are historically good from inside the arc right now.

Since the 3-point line came into the NBA game, only two teams – the 2013-14 Miami Heat and 1984-85 Los Angeles Lakers – finished the regular season shooting at least 55 percent from 2-point range.

The Warriors and Rockets are both on pace to join them. Golden State is at 55.4 percent through its first 69 games, and Houston is making 55.1 percent of its 2s after 70 games.

Here’s some games to keep an eye on this week:

Washington at Boston, Monday: A game that should loom large in the battle for top-four positioning in the Eastern Conference playoff race.

Phoenix at Miami, Tuesday: In four games for the Heat against his former team, Goran Dragic is averaging 23 points on 53 percent shooting.

Utah at L.A. Clippers, Saturday: Another possible first-round matchup, one where the Jazz will try to get a four-game split of the season series.

Oklahoma City at Houston, Sunday: MVP candidates square off, with the Thunder’s Russell Westbrook and the Rockets’ James Harden.