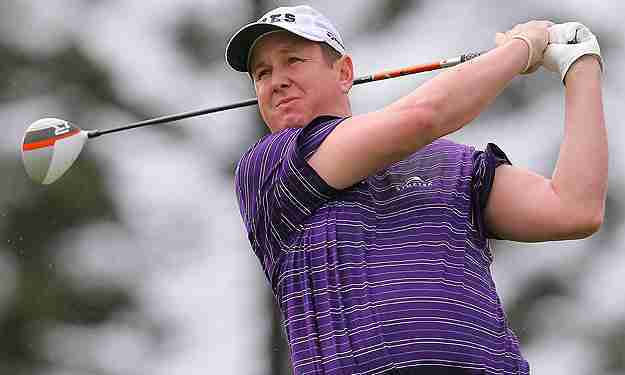 Henry had a 41-point total at Montreux Golf and Country Club, scoring 17 points in the third round with nine birdies and a bogey. Players receive eight points for double eagle, five for eagle, two for birdie, zero for par, minus-one for bogey and minus-three for double bogey or worse.

The 40-year-old Henry won the 2012 event for the last of his two PGA Tour titles. He’s 150th in the FedEx Cup standings, with only top 125 advancing the first event in the playoffs.

“This course, this place, is good to me,” Henry said. “As I mentioned before, I love being here. I am fortunate enough to obviously win in 2012 and have bunch of other top finishes. I just love coming and playing here. It’s just a great place. Obviously, a fun format. When you make a lot of birdies like I did today it makes it even more fun.”

David Toms and Sweden’s Jonas Blixt were tied for second.

“Any time at my age at this point in my career to have a chance with a really good round tomorrow, that’s really all I can ask for,” said Toms, the 2001 PGA Championship winner. “That’s why I came here,” Toms said. “So, I’m in that position. Whether I do good or not I’m going to feel comfortable, go out there, and continue to be aggressive when I can and obviously take your licks when you have to.”

Blixt had a 16-point day, playing alongside Henry.

“We kind of fed off each other,” Henry said. “He played great. It’s nice to see the other guy you’re playing with play well. Kind of feed of each other.”

Blixt eagled the par-5 eighth and had seven birdies _ five in a row at the start of the back nine _ and three bogeys.

“Feel like I’ve been hitting it pretty well,” Blixt said. “I think I had like one or two tee shots that’s been a little squirrely. That’s going to happen here. You just got to deal with it.”

The course was softened by light rain.

“The greens are a little bit more receptive,” Henry said. “This place can get pretty tricky when the greens get firm. But you know if you hit the ball in the fairway you’re going to have some shorter irons playing at altitude. With soft greens, you know, these guys are good. Somebody is going to play well, and fortunately it’s been me so far after three rounds.”

Robert Garrigus had 37 points after a 16-point round.

Former Stanford player Patrick Rodgers was fifth at 35 points after a 14-point day.

The 23-year-old Rodgers has earned enough money through sponsor exemptions to become a special temporary member of the PGA Tour. With just over $800,000, most of that from a runner-up finish in the Wells Fargo Championship in May, he is virtually assured of a PGA Tour card for next season. Rodgers won the Web.com Tour’s Colombia Championship in February.

Next post After tape-delayed success, a mostly live Olympics for NBC