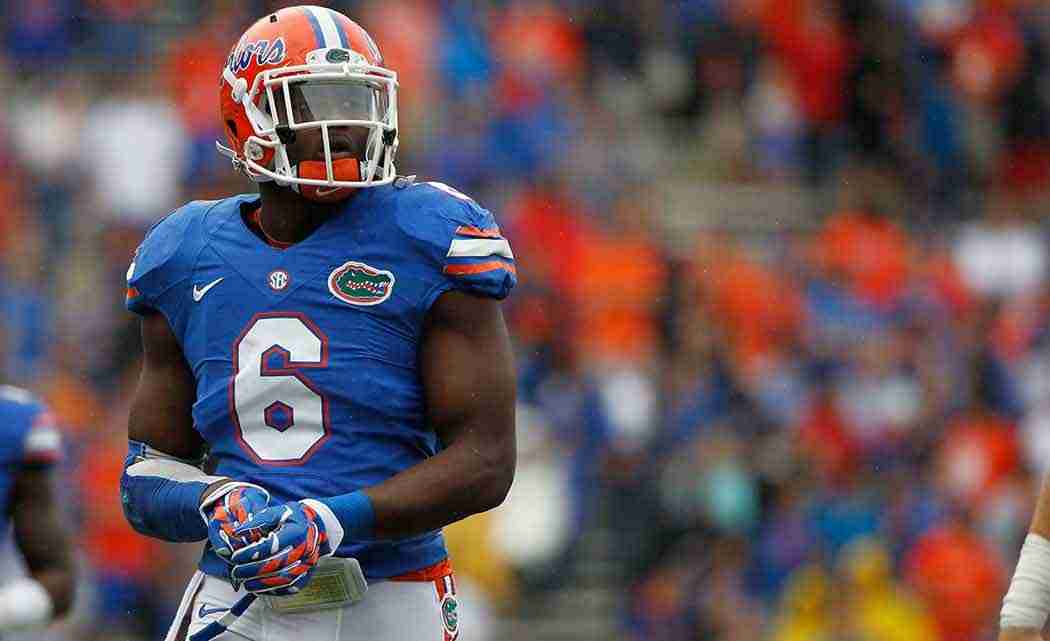 Fowler’s knee buckled during an 11-on-11 drill. Fowler dropped to the ground, grabbed his leg as he rolled from side to side and eventually got helped off the field. He was later carted to the locker room for tests.

Coach Gus Bradley didn’t want to speculate on the severity of Fowler’s injury, but says he expects an update later Friday.

“I didn’t really see what happened on the field,” Bradley said. “… But we’ll find out more tonight.”

The Jaguars are counting on Fowler to be a centerpiece of the defense for years. They expect him to be a Day 1 starter, meaning he will replace 33-year-old veteran Chris Clemons.

Fowler had 141/2 sacks in three years at Florida, including 81/2 last season, and was the best player on a solid defense.

He wore No. 6 with the Gators, but since he couldn’t have that in the NFL, he turned to his idols.

Fowler grew up in St. Petersburg and wanted to be like Reggie Bush, the 2005 Heisman Trophy winner from USC, and Greg Jones, a standout at Florida State. He played running back for years, until he outgrew the position in high school.

Fowler has said he believes he’s carried those skills with him to college and onto the NFL. The Jaguars have said they would like the 6-foot-3, 265-pounder to lose about 10 pounds and become a better fit for the team’s hybrid end/linebacker position called “Leo.”

Fowler plans after being drafted were to seriously start getting back in playing shape during rookie minicamp.