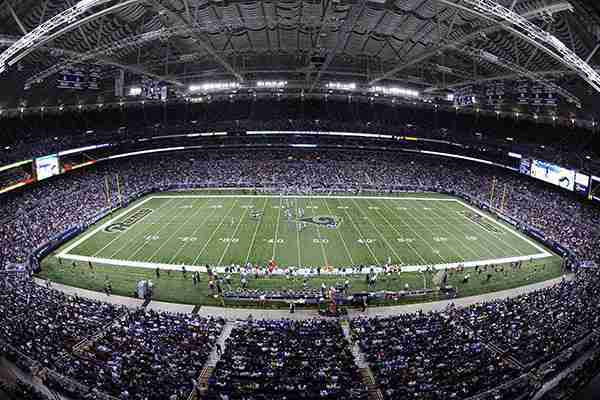 JEFFERSON CITY, Mo. (AP) _ A judge in Missouri’s capital city dismissed Gov. Jay Nixon from a lawsuit challenging an effort to build a new professional football stadium in St. Louis, and transferred the case on Thursday to a St. Louis court.

The ruling by Cole County Circuit Judge Jon Beetem was the second favorable court decision this month for proponents of the new stadium, but it nonetheless continues some uncertainty by allowing the lawsuit to go forward against the local sports authority.

Nixon spokesman Scott Holste said in a statement that the dismissal “was not unexpected.”

Nixon has been working with some St. Louis-area officials and business leaders to develop plans for a new riverfront stadium in the city as a counterproposal to an attempt by St. Louis Rams owner Stan Kroenke to move the team to a new stadium in the Los Angeles area.

Earlier this month, St. Louis Circuit Judge Tomas Frawley overturned a city ordinance requiring voter approval for any project using tax dollars for a professional sports facility. He also ruled that the stadium plan does not break a state law requiring it to be “adjacent” to the city’s convention center, even though several blocks separate the two sites.

Thursday’s decision involves a separate lawsuit filed by Republican state Rep. Jay Barnes of Jefferson City on behalf of six lawmakers who want to block Nixon and the Regional Convention and Sports Complex Authority from taking steps to finance a new football stadium. Nixon had appointed a two-man task force to help lead the effort.

“It’s delaying the inevitable,” Republican Sen. Rob Schaaf of St. Joseph said regarding the court decision. Schaaf, one of the lawmakers who joined the lawsuit, said regardless of the suit’s outcome, he plans to filibuster budget proposals that set aside money for payments on any bonds for a stadium that don’t receive legislative approval.

The lawsuit seeks to stop the state from signing any contracts or agreements with the authority involving the new stadium.

The state attorney general’s office, which represented the governor, had argued that Nixon should be dismissed from the lawsuit because the stadium project is ultimately a decision of the sports authority.

In a one-page decision, Beetem said the lawsuit failed to state a claim against the governor for which the court could grant relief and that it appeared Nixon had been named in the lawsuit in an attempt to provide a legal reason for the case to be heard in Jefferson City. He said St. Louis is the proper jurisdiction to handle a lawsuit against the local sports authority.