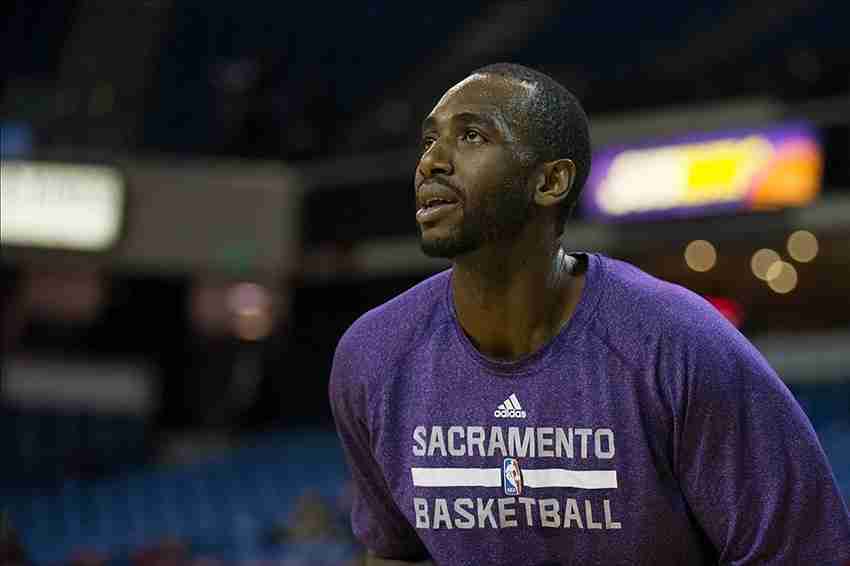 The Sacramento Kings voided the contract of forward Luc Mbah a Moute on Thursday after he failed a team physical.

The announcement by the Kings came two days after Mbah a Moute signed a one-year deal as a free agent. The team had hoped he could add depth and defense to the second unit.

Instead, Mbah a Moute is looking for another landing spot _ and the Kings are searching for a replacement.

The 28-year-old Mbah a Moute was born in Cameroon and played in college at UCLA. Milwaukee drafted him with the 37th overall pick in 2008.

Mbah a Moute averaged a career-high 9.9 points to go with 4.9 rebounds per game with Philadelphia last season. He has averaged 6.8 points and 4.9 rebounds in seven NBA seasons.

Both of Mbah a Moute’s stints in Sacramento have been brief. The Kings first acquired Mbah a Moute from the Bucks in the summer of 2013, but they traded him to Minnesota for Derrick Williams less than a month into the season.

Outside of a trade, there are few options left in free agency for Sacramento to fill the void. The splashiest remaining at the position might be Josh Smith, whom the Kings have shown interest in before.

Smith was waived by Detroit and picked up by Houston last season and helped the injury-raved Rockets reach the Western Conference finals.

The voiding of Mbah a Moute’s deal is a setback to what had been a productive week for the Kings and their new head of basketball operations, Vlade Divac, the former franchise center.

The agreement between veteran forward Caron Butler and the Kings is not yet complete.

The Kings also announced that sixth overall pick Willie Cauley-Stein signed his rookie deal and journeyman James Anderson signed his contract. Terms for both deals were not disclosed.

Next post Review: Apple Music has everything, perhaps too much