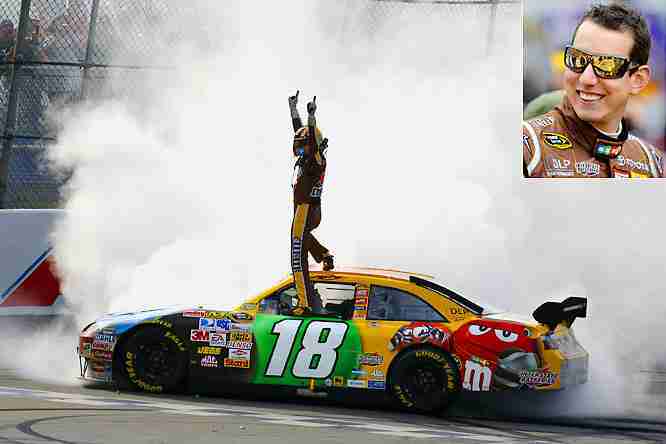 LOUDON, N.H. (AP) _ Kyle Busch continues to find victory lane and is moving closer to landing a spot in the Chase.

Busch’s dominant comeback rolled on Sunday at New Hampshire Motor Speedway when he won for the second straight weekend and for the third time in the last four NASCAR Sprint Cup races.

He broke his right leg and left foot in a crash the day before the season-opening Daytona 500. He missed the first 11 races of the season, then returned in late May determined to earn a berth in NASCAR’s championship playoffs.

Busch needs only to finish in the top 30 in the regular-season standings to earn a spot in the 16-driver Chase for the Sprint Cup field. Busch won races at Sonoma Raceway and last week at Kentucky Speedway and is 33rd in the standings, 58 points behind David Gilliland for 30th.

Busch said Friday he still is bothered by the leg injuries. They hardly seemed to matter in the No. 18 Toyota.

“We’ve got to keep doing our deal,” Busch said. “Every week it keeps getting better and better.”

Busch has gained 70 points on the 30th spot over the last two races and is not only a threat to qualify for the Chase _ but to win it all for Joe Gibbs Racing should he crack the field.

“Ever since that injury, he’s been on it,” Gibbs said. “I don’t know what (the deficit is) now but it’s sure helping.”

He still must rank inside the top-30 in points to make the Chase. He has seven races left to crack the top 30 before the Chase opens Sept. 20 at Chicagoland Speedway.

Busch was joined by son Brexton, born in late May, in victory lane wearing a No. 18 outfit.

Busch had one of his best performances in his comeback, rallying from a lap down to win. Busch, who led 95 laps, stayed out during a late pit stop to take the lead from contenders Keselowski and Matt Kenseth. Crew chief Adam Stevens, in his first season calling the shots for Busch, made all the right choices to keep Busch in contention for the win.

He also made it 12 different winners at the last 12 New Hampshire races, the longest active streak at any track without a multiple-race winner in NASCAR.