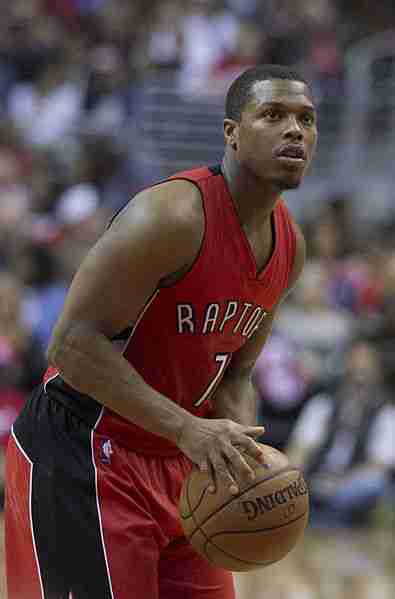 LOS ANGELES (AP) – Kyle Lowry relishes any chance to raise his offensive game in the fourth quarter. The Toronto Raptors needed just about every one of his big baskets to hold off the Los Angeles Lakers.

Lowry scored 20 of his season-high 41 points in the fourth, and the Raptors stopped a two-game skid with a 123-114 victory Sunday night.

He went 5 for 6 and hit three of his six 3-pointers in the fourth quarter. With one high-difficulty shot after another, the diminutive guard kept the Raptors on top in the face of the Lakers’ persistent rally.

Lowry also had nine rebounds and seven assists, while DeMar DeRozan scored 31 points in another big game in his hometown. The Atlantic Division-leading Raptors’ two scoring stars got them back in winning form on the fifth stop of their six-game road trip.

“He could have had more,” DeRozan said of Lowry’s fourth-quarter dominance. “The fourth quarter has got to be ours on both ends. We’ve got to put our mark on it.”

Toronto got its fourth straight win over the Lakers, sweeping the season series for the second straight year.

Nick Young hit seven 3-pointers and scored 26 points for the Lakers, who emerged from a miserable December with their 15th loss in 17 games despite a stirring late surge.

“That’s a good team,” Lakers coach Luke Walton said of the Raptors. “They have some All-Star Olympians that really carried the load for them. (Lowry) had it cooking.”

D’Angelo Russell hit four of his six 3-pointers and scored 14 of his 28 points in the final period. The Lakers trimmed a 19-point deficit to six, but Lowry and Terrence Ross hit big shots down the stretch to keep Toronto comfortably ahead.

“I think the effort is there,” Young said. “We’re showing it. We have to limit the six-minute breakdowns we go through.”

DeRozan and Young are both Los Angeles natives who played at Southern California. They dueled for long stretches on the eve of the Trojans’ return to the Rose Bowl to face Penn State. DeRozan only spent one year at USC before going pro, while Young played three years for the Trojans, leaving in 2007 – one year before DeRozan arrived.

The Raptors blew it open by hitting their first eight shots of the final period, turning a two-point lead into a 19-point margin in six minutes. Los Angeles rallied behind Russell, whose fifth 3-pointer trimmed the lead to 112-106 with 3:10 left. Los Angeles never got closer as Lowry scored on the next two possessions.

Young’s latest burst from long range gave him 36 3-pointers in the last eight games – the most in an eight-game stretch in Lakers franchise history, according to the Elias Sports Bureau.

Los Angeles took its third straight home loss since a Christmas victory over the Clippers. The Lakers showed signs of their early-season selves after that miserable December, but weren’t rewarded with a win. Los Angeles struggled under the weight of injuries and a packed schedule last month after a 10-10 start to their first season following the worst three years in franchise history.

Raptors: Patrick Patterson didn’t play. He strained his left knee at Phoenix on Thursday. … Jonas Valanciunas had 14 points and 10 rebounds.

Next post Great Books to Enhance Learning at Home