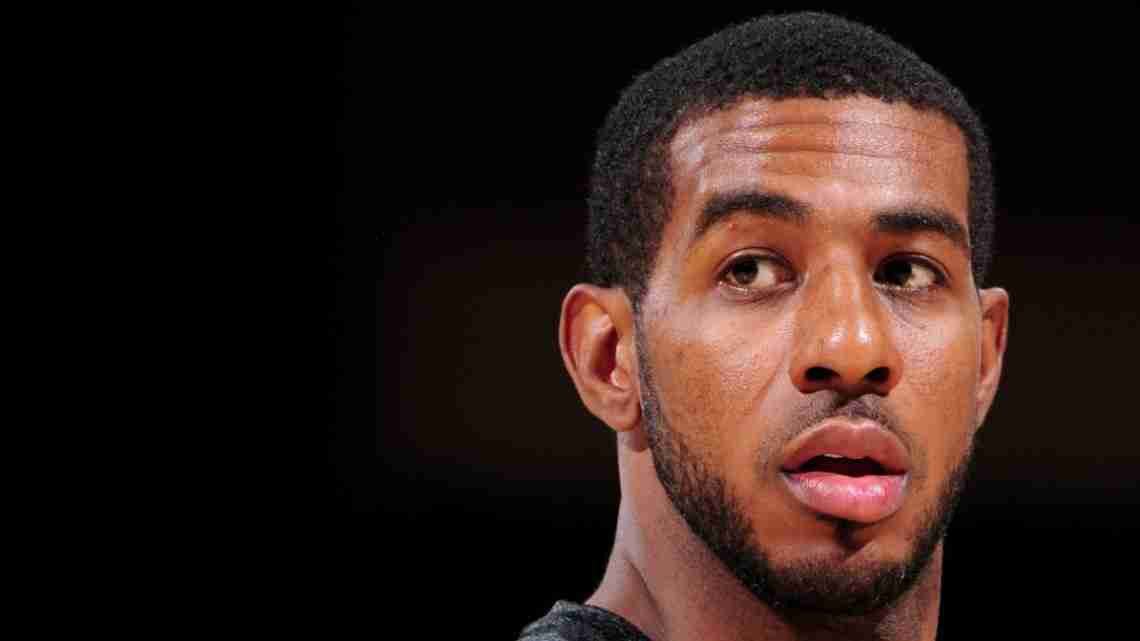 LaMarcus Aldridge got the answers he needed from the San Antonio Spurs.

And the Spurs apparently got the answer they wanted.

Ending a frantic few days of courtship _ and perhaps cementing the Spurs as the preseason favorites to win yet another NBA title _ Aldridge announced Saturday that he will sign with San Antonio and align with Tim Duncan and Kawhi Leonard to form what would figure to be among the league’s most-formidable frontcourts.

“I’m happy to say I’m going home to Texas and will be a Spur!!” Aldridge, a Dallas native, posted to his verified Twitter account. “I’m excited to join the team and be close to my family and friends.”

Aldridge, who spent his first nine seasons with the Portland Trail Blazers, will be eligible to sign his new deal Thursday.

“You could kind of tell once this whole thing started that he was trying to go somewhere else,” Oklahoma City star Kevin Durant said during summer league play in Orlando, Florida. “In those decisions, you’ve just got to respect the guy for making a decision that was right for him. I know a lot of fans were probably upset in Portland in his decision, but at this point in your life and your career you’ve got to focus on you.”

Aldridge met with several teams, all who were offering what the Spurs did: $80 million for four years.

The Los Angeles Lakers tried to woo him to play alongside Kobe Bryant. The Mavericks tried to sell him on coming home. Houston and Phoenix _ which cleared a ton of cap space in an effort to get Aldridge _ made pitches as well, and Pat Riley flew to Los Angeles to try to talk Aldridge into leaving the loaded Western Conference, coming East and joining the Miami Heat.

Some of the pitches were more appealing than others to Aldridge. But how the Spurs responded to his questions, most recently in their second meeting in Los Angeles on Friday _ a lunchtime chat where they were spotted by fellow diners who snapped photos that quickly went viral _ obviously won the battle.

“So happy he’s going to be a Spur !!” Spurs guard Tony Parker tweeted.

It ushers in a new era for Portland. Damian Lillard got a new $120 million deal in recent days to stay with the Blazers, but Wesley Matthews (Dallas), Nic Batum (Charlotte), Arron Afflalo (New York) and Robin Lopez (New York) are heading elsewhere.

Now Aldridge, the second-leading scorer in Portland history behind only Clyde Drexler, is gone as well.

“TP -DG- KL- LA- TD.” That was part of a tweet that Leandro Ginobili, the brother of longtime Spurs’ sixth man Manu Ginobili, wrote in Spanish.

No translation needed for that part.

_Danny Green, who is staying in San Antonio on a $45 million, four-year deal that looks like a discount.

Aldridge averaged a career-high 23.4 points and also grabbed 10.2 rebounds per game while playing with an injured thumb last season for the Blazers. And last year he added a new dimension to his game _ the 3-pointer, making 37 of them after making a total of 24 in his first eight seasons combined.

Aldridge was known to take two meetings with the Lakers and the Spurs, who brought Duncan, Leonard, Popovich and general manager R.C. Buford to the first one on Wednesday.

And now, based on the tweet, he picked the team that has won five championships since 1999. Yahoo Sports first reported the agreement.

The Spurs offered him a chance to play in his home state, a chance to join the most successful franchise of the modern era and presumably the right to take the torch from Duncan, who will return for a 19th season.

After winning the championship in 2014, the Spurs were eliminated in seven games by the Los Angeles Clippers in the first round of the playoffs this year. With their famed trio of Duncan, Parker and Ginobili aging, Buford and Popovich have deftly set up the long-term health of the franchise with several moves this summer.

And the Aldridge coup is part of a whirlwind few days. They started by signing Leonard, the reigning defensive player of the year, to a five-year contract worth around $90 million, then locked up Green, one of the league’s best shooting guards.

Then they traded big man Tiago Splitter to the Atlanta Hawks to help clear some of the necessary salary cap room to land Aldridge, and it all paid off on Saturday.

Ginobili probably comes back now as well. Either way, offseason that started with the annual Spurs questions _ “Is Pop coming back? Is Duncan coming back? _ has resounding answers.