Laura Davies is out to add to Hall of Fame career 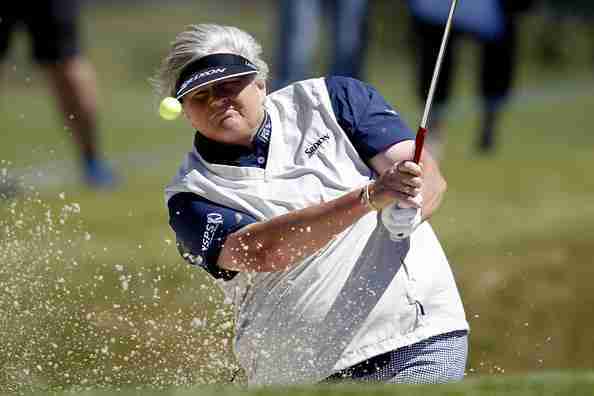 LANCASTER, Pa. (AP) _ Laura Davies is being inducted into the World Golf Hall of Fame next week. That doesn’t mean her career is coming to an end any time soon.

She can’t be bothered with travel plans or acceptance speeches for Monday’s festivities at St. Andrews. After all, she’s in contention again at a U.S. Women’s Open, an event she won in 1987.

Davies can easily recite her hectic travel plans and talking points of her planned speech. But she would much rather talk about her resurgent golf game that has her tied for 32nd at 2-over-par (70-72), nine shots behind leader Amy Yang heading into the final two rounds at Lancaster Country Club.

“First and foremost, I want to do well at the U.S. Open before I worry about the next bit,” she said following Friday’s round.

“I play golf,” she said matter-of-factly. “I don’t stand on stage and people make a fuss of me. I hate it. I’m absolutely dreading the whole thing, to be honest with you. I’m really proud that I’m getting it, but I hate the thought of it. It keeps me up at night.”

Davies is most at home on a soccer pitch or the groomed fairways and sloping greens of a layout like Lancaster, in the heart of Amish country.

The 51-year-old hasn’t had much to be happy about this season, with seven missed cuts in nine LPGA events. But the oldest player in the field likes the state of her game after making the cut in the championship for the first time since 2009. But she’s not drawing on the experience from her victory in 1987. That’s too long ago and there have been plenty of other wins since _ a total of 45 on the Ladies European Tour and 20 on the LPGA Tour.

“That was literally a lifetime ago,” she said of her U.S. Open win when she beat Ayako Okamoto and JoAnne Carner in an 18-hole playoff. “That was my second year as a pro. It all seemed so easy.”

Actually, Davies hasn’t had much success at the U.S. Open, other than her victory. She’s managed four top-10 finishes in 26 appearances.

One thing that has kept Davies’ spirits up this week has been the boisterous reception of the Lancaster crowds.

“It’s great. They were wishing me well and going on about the Hall of Fame thing,” Davies said. “So it’s really nice. I used to play obviously at the Hershey tournament years ago, and I think most of the gallery were children when I was playing over there. Now, they are a bit grown up and have come to see me again.”

Davies’ short term plans include making a run at a second U.S. Open title. Her long term plans don’t include stepping away from the game. Unless …

“As long as I’m not making a fool of myself,” she said. “And as long as I feel like I can win, and I really do feel like I can win every week I tee it up. As long as that feeling stays around, I don’t see any reason to not go on for another five, 10 years. Who knows, I might play rubbish the rest of this year and decide that’s it, I can’t do it to myself anymore.”