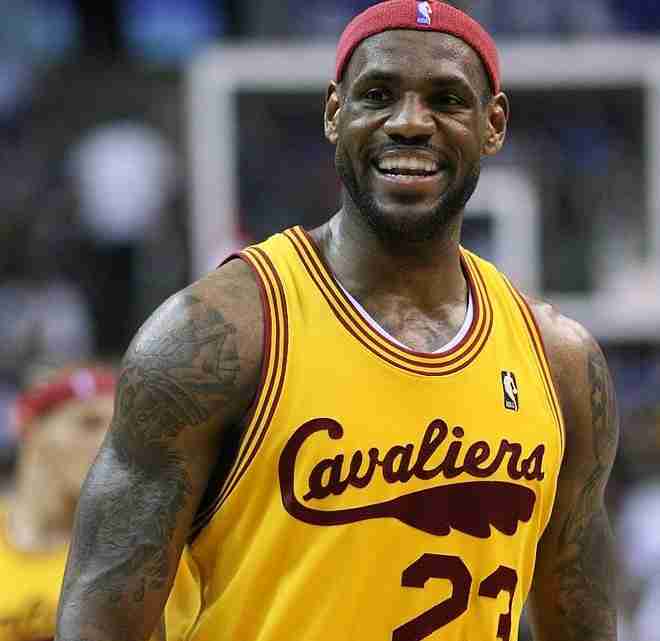 The NBA superstar still hasn’t seen three billboards urging him to join the 76ers, but he’s flattered by the idea that a city would want him to play there.

The three billboards were unveiled on Monday on busy Interstate-480 outside Cleveland, and each contains a message asking James to sign with the Sixers this summer as a free agent.

The signs, which were paid for by a Chester, Pennsylvania, company were inspired by the Oscar-nominated film, “Three Billboards Outside Ebbing, Missouri.” But their objective was to entice James to come to Philadelphia.

Although James may not see the signs because they’re not on any route he would take from his home in Bath, Ohio, to Quicken Loans Arena, the three-time champion was warmed by their sentiment.

“It is actually very flattering that I’m sitting here at 33 and in my 15th year and teams or guys — I don’t want to say teams because that becomes tampering — but people in their respective city want me to play for them,” he said.

James’ appreciation caused a commotion on social media as Sixers fans began dreaming of No. 23 in one of the team’s jerseys. NBA tampering rules prohibit teams from having any involvement in recruiting players, but there’s nothing to stop fans from making their pitch.

“We’re passionate about Philadelphia,” Asher Raphael, co-CEO of by Power Home Remodeling, the company that paid for the billboards told ESPN. “We have an amazing city. It’s the best sports town and it’s an awesome place to live. We think the best athletes should want to play here.”

The Sixers will visit the Cavaliers on Thursday night.

James can opt out of his contract with Cleveland following this season and the superstar can hit the free-agency market.

The first billboard includes a “#23” in maroon with a crown, on a court with four numbers — the jerseys for Sixers Ben Simmons, Joel Embiid, Dario Saric and Robert Covington. The second billboard has the motto: “Complete The Process,” a takeoff on the Sixers’ “Trust The Process” mantra and the third says: “#PhillyWantsLeBron.”

James’ free agency figures to be the NBA’s biggest offseason story, and the four-time champion recently shot down any discussion about his future until this season ends.

Following Tuesday’s shootaround before the Cavs hosted Brooklyn, James initially pretended he was unaware of the billboards.

“A lot of potholes on 480,” James joked. “Got to be careful with the cars. Got to be very careful. That’s why I don’t do much driving. I sit in the backseat. You talking about the billboards, though?”